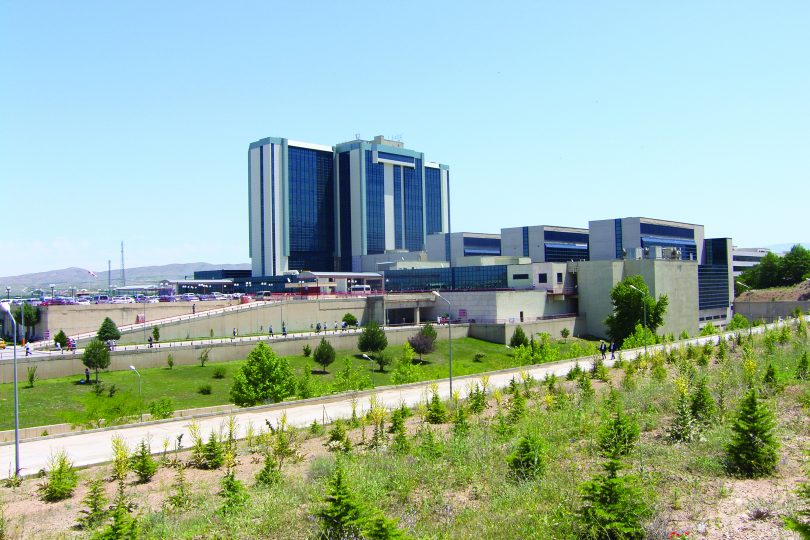 İnönü University has carried out a number of social responsibility projects related to health, environment, the disabled and the gifted.

In  today’s world, we all witness that large-scale changes and transformations take place at an unprecedented pace in human history.

It is an undeniable fact that the universities have to change and transform according to the circumstances of the day in parallel with the global changes and transformations. Compared to even twenty years ago, we see the rapid changes university approach and perception goes through in the world. Internationalized universities (universities with many international campuses), knowledge economy, and third generation universities that emphasize industrial cooperation are in question. Universities with technoparks and commercial companies which attempt to create their own economic resources, increase each day. Universities with commercial and social responsibility in addition to scientific responsibility, have emerged.

Most universities whose primary mission is to generate knowledge and educate qualified people in professions societies need, are struggling to adequately keep up with the abovementioned developments in developed countries. Universities in developing countries, have lately attempted to achieve things by imitating the operations of universities in developed countries, and at the same time, they have realized that they have other responsibilities in addition to essential university functions, taking into account the needs of their societies.

It must be stressed that universities acting as role models, is important for development of other institutions’ sense of responsibility to develop for our societies to improve democracy, justice, human rights and freedoms, science and social solidarity.

Social responsibility, in fact, is a concept always considered important and emphasized, especially in major teachings and mainly Islam. Our universities, particularly those in developing regions, need to take into account their social responsibilities in determining their own mission and visions, or making strategic planning. Universities should develop and realize social responsibility projects by considering the special circumstances of their respective regions or geographies as well as educating new generations with an improved sense of social responsibility through educational activities. This way, they can also contribute to the development of the countries they operate in.

In this context, İnönü University I was the director of between 2008 and 2016, has realized many social responsibility projects related to health, environment, the disabled and the gifted in the context I explained above. A crucial point in realization of these projects is undoubtedly the importance of any university being at peace with its society. Also, the sincere dialogues universities establish with other government agencies, non-governmental organizations and business world should be mentioned.

The leading projects İnönü University realized between years 2008-2016, are the Patient Relatives Hotel, University Food Kitchen, Charity Shop, Centre for  Children with Disabilities, Centre for Gifted Children (Children’s University), Horse-breeding Application Center, Partridge Breeding Station, Hobby Gardens and other projects. Here, I will speak of only one of these projects: the Patient Relatives Hotel.

İnönü University is located in Malatya, a city with a population of 500 thousand, famous with its apricots. At the east of Ankara, the most expensive and modern healthcare organization established by Republic of Turkey, “Turgut Özal Medical Center (TOTM)” is the research and application hospital of İnönü University Faculty of Medicine. The Liver Transplant Hospital, with worldwide renown especially in liver transplantation, is a satellite hospital also located in this center.

The majority of people coming to this hospital from the city university is located in and surrounding cities have low incomes, and considering this, the first task carried out was building a “Patient Relatives Hotel” next to the hospital where patients and their relatives could stay. The relatives of patients who came to Turgut Özal Medical Center, which is a tertiary regional hospital, had no place to stay. The relatives of patients were sleeping on the roads, in their vehicles or in the hospital, covering themselves with blankets. This was an unpleasant situation, and our people deserved better.

The issue was taken to Malatya Municipality, and  Malatya Businessmen Association (MIAD), and these institutions provided support. In collaboration with the hospital, a three-star “Hospital Hotel” with a capacity that can be increased to 200 beds when necessary, was established. A charity shop was opened in the hotel. Textile companies in Malatya continuously donate their products to meet the clothing needs of patients and their relatives. Patient relatives who do not have social security, stay at the hotel for free, and they also can have breakfast and dinner for free. Those with better income, stay here for a small fee. They have lunch at the “Food Kitchen” in the university again for a small fee. The meals and accommodation fees (pay-it-forward room) of those who have financial difficulties, are covered by benefactors’ donations to the University Foundation. During the month of Ramadan, philanthropic organizations and citizens started the tradition of offering fast-breaking dinners to 500 people every day. In recent years, our citizens and especially the university staff, have donated their sacrifices to the Patient Relatives Hotel. On certain days of the week, the dishes made from sacrificial meat are offered to hotel guests free of charge. Thanks to such a charity service, the majority of our people who live in the region are not forced to take their patients to big cities. Most people in the region started giving advice to each other: “Take your patient to Turgut Özal Medical Center. Stay at the university hotel while the patients receives treatment.” In addition, both domestic and foreign patients has shown increased interest in TÖTM thanks to this service. The service provided by the Patient Relatives Hotel, has also contributed to the economy by increasing the jobs