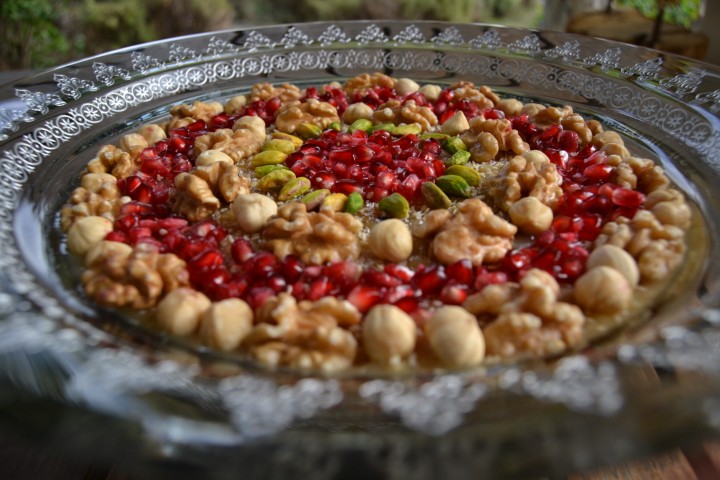 By collaboration of Gaziantep Metropolitan Municipality and Gaziantep Gastronomy and Tourism Association, 3 tons 192 kilograms of ashure was cooked on September 21st World Peace Day. The cooking event that took place in Gaziantep with the slogan “Peace to the World, Abundance to Peace” continued throughout the night as ashure was cooked in a massive cauldron at the section in Festival Park. A total of 27 kinds of ingredients were added to the cauldron. Ambassadors of various countries visited the festival ground as well as many foreign guests. Metropolitan Mayor Fatma Şahin stated that Ashure is a symbol of peace and continued as follows: “Gaziantep is a city of peace. It is a city of peace where Turks, Kurds, Arabs live together; that sings to the whole world ‘We achieve this, and so should you’ with the connection of immigrants and locals who embrace them. That is why we made an attempt with ashure. It contains walnuts from Kahramanmaraş, cinnamon and rice from Sri Lanka. Malatya apricots, Black Sea hazelnuts, Balıkesir beans, Şanlıurfa lentils and Gaziantep pistachios. “