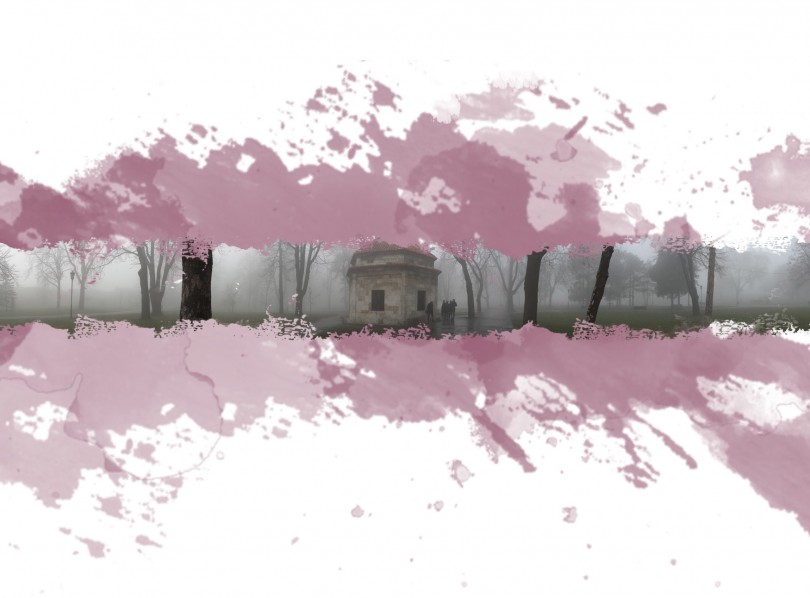 “We had the chance to visit the capital of Serbia Belgrade which originally means “white city” for a few days for the opening ceremony of new branch of Yunus Emre Enstitüsü, one of the largest windows of Republic of Turkey opening to the world.”

A city with an exceptional strategic location in the Ottoman Period for Turkish history, Belgrade utterly bashful abstained from showing its face to us, and hid its spectacular beauty behind curtains of dense fog throughout the short time we stayed there. Maybe that way we could not see how numerous monuments of civilization we left behind have perished.

Despite having visited “Kale Megdan”, the park extending over the walls of the grand historical Belgrade Castle several times, we could not view the fastidious flow of infamous Danube from a high point, a river crossing the whole city like a necklace.

Built in 85 AC by the Romans, Belgrade Castle changed hands numerous times almost within two thousand years. Since 1521, the year Suleiman the Magnificent conquered the city, it has resisted all kinds of destruction in time to cherish the memories of its old glorious days. Sokollu Mehmed Pasha Fountain nearby castle walls cannot wait for the moment it will be restored by TIKA and come back to life. Morea Conqueror Damat Ali Pasha Mausoleum right at park’s center is a rare Ottoman monument that is still standing and lives on as an immortal seal Ottoman

Empire impressed on the world history. According to the late professor Ekrem Hakkı Ayverdi, once there were 250
mosques, 9 madrasahs, 10 schools, 17 lodges, 3 public soup-kitchens, 14 inns, 14 Turkish baths, 3 clock towers, 38 fountains and 10 mausoleums. Unfortunately except from Bayraklı Mosque in the area which was built in 1575 and is currently the only mosque in Belgrade open for worship, there are little if any Ottoman monuments which still stand.

Although several large scattered tombstones leaning against the walls in the fenced area next to Bayraklı Mosque
sadden us even more, we know that there is no other way than submitting to God, the holder of all properties, and surrender to divine will.

Undoubtedly we will continue to discuss the historical events for a long time. However, we are aware that being
constructive today is just as essential and necessary as not forgetting the past. There is no means to replace what has been ruined, however all can be rebuilt. Yunus Emre Enstitüsü set off to teach our fine Turkish language and Turkish culture all around the world rebuilding the bridges of peace and friendship, and has opened its latest branch, Belgrade Cultural Center. I wish all the success to center’s staff with the belief that they will positively contribute in Serbia-Turkey relations and provide services.