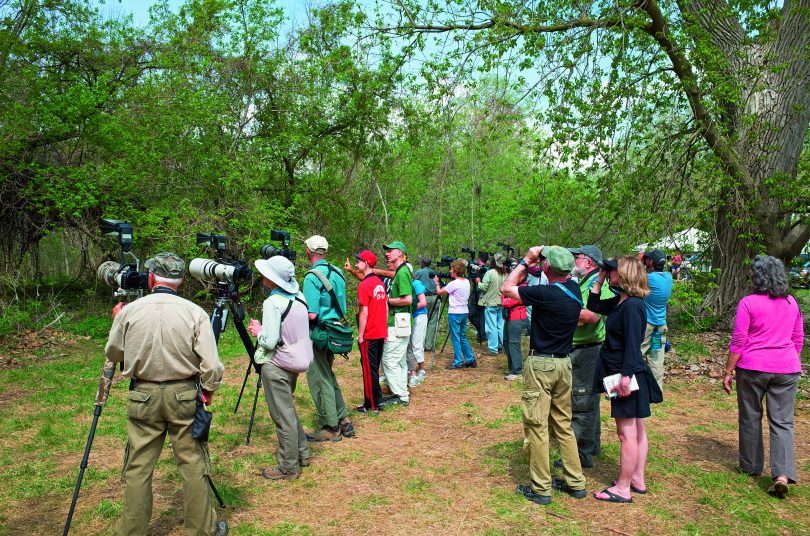 From past to present, people have been fascinated with birds, their extraordinary diversity and their wing flapping that defies nature. Anatolian lands being on migration routes of birds for thousands of years, brought along “birdwatching” which is viewing the nature through a bird’s eye. Birdwatching is, in a sense, a door opening to the mysteries of nature for mankind. The number of aviary species in Turkey, rich in bird diversity, exceeds the number of species in entire Europe. In addition to observing and studying the birds, birdwatching presents various activities like recording sounds of birds, taking bird photographs and making bird drawings.

For centuries, migratory birds have followed routes over lands, passing massive water bodies through narrowest points. The shortest land connection on migration route determined by birds, is in Turkey. Migratory birds that have to cross the sea, prefer the narrowest points such as the Bosphorus and Dardanelles Strait. They use lower passages as Arhavi, Borçka-Artvin and Belen-Hatay as they fly over high mountains.

HOW TO WATCH BIRDS?

It will be enough to observe your immediate vicinity to begin birdwatching, a sport that everyone can easily do. You can begin by observing sparrows, pigeons and Istanbul’s long-time guards seagulls, examine how they flap their wings defying the nature. When you go to woodlands, you may come across finch and parus among the branches. Wild geese and ducks greet you on the banks of lakes and creeks. You may get involved in this activity in autumn by observing storks concentrated around Marmara Sea, Büyükçekmece, and Küçükçekmece. There are some rules that must be followed during birdwatching, as is the case with many activities. The first is not disturbing the birds. At the same time, people must not enter nesting areas and bird eggs should not be harmed.

Binoculars: There are two numbers on binoculars which indicate the power of the binoculars. As magnification rate increases, your vision will narrow and it will be difficult for you to focus your binoculars on moving birds. 8×40 binoculars can be preferred for proper birdwatching. This way, you can see both close enough and far away during observation. Also taking into account that you will take long walks during birdwatching, it is helpful to prefer easy-to-carry binoculars.

Field telescope: Birdwatchers prefer different regions to be able to observe more aviary species as they gain more experience. Telescopes are used in areas where birds are more difficult to approach. Because telescope’s range of vision is 20 times more than that of binoculars. Ocular is the name given to the eyepiece on a telescope, and choosing ones with 20-60 zoom, will provide you with a clearer vision. Using a tripod is beneficial to use the telescope more comfortably.

Notebook: Perhaps the most important part of birdwatching is taking notes. The date, time,  the name of the area, and weather should be noted. If bird you observed is a species you are not familiar with, its characteristics should be written down. It is also useful to get a guidebook on bird species.

A STOPOVER FOR MIGRATING BIRDS

In autumn and spring, millions of birds complete their migration flying over Istanbul. Accidents can occur in power lines during migration periods due to this. BEDAŞ that distributes electricity to Istanbul, realized a crucial project to prevent accidents and protect birds. The organization aims to prevent birds that rest on electric wires, from getting injured with the Bird Resting Platform Project.