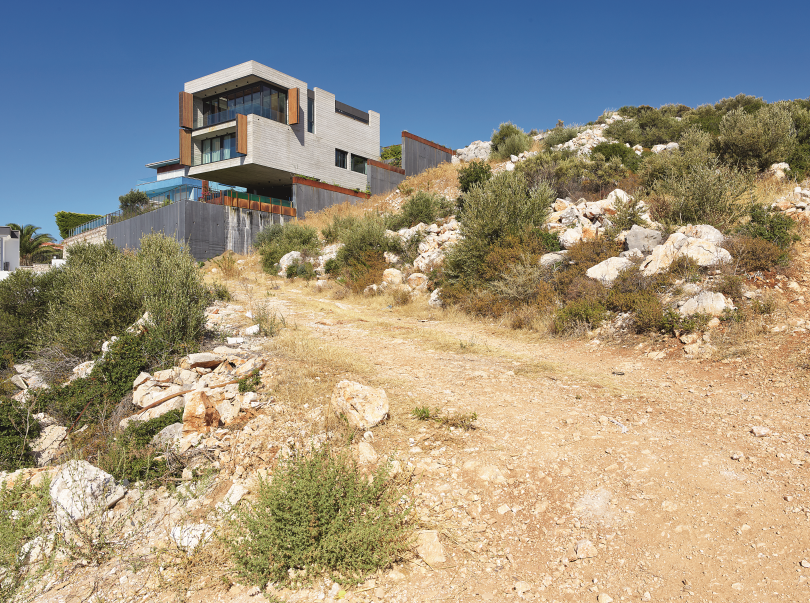 Architecture Week opened this season with Cemal Emden’s exhibition Photographs from Contemporary Turkish Architecture within the scope of activities.

Architecture is the most extraordinary art discipline. Not only does it serve an aesthetic purpose, but also serves people by offering functions combined with aesthetics. This discipline, developed to cater to the need for shelter in the history of mankind, has formed its own field in time by not overlooking the ever-changing visual environment.

Architecture’s areas of application range from houses to schools, public housing to museums, sports facilities to airports, parks to business centres, hotels to shopping malls. Architecture is regarded as a science discipline with the mathematics employed.

Despite having emerged due to necessity, architecture continues to exist as one of the most important and ancient arts in the world. Glory and aesthetics have attained a distinct character particularly through contemporary approaches as of 20th century. With names considered as signatures today, architects and architects’ offices have established new images of cities, defining the silhouettes of areas of application.

Cemal Emden is an architect. But he has carried out important studies combining his architecture training and knowledge with photography. His personal exhibitions and books have transformed both the architectural assets of Turkey and works by prominent architects of the world, into unforgettable photographs with ingenious compositions.

In recent days Gallery Işık Teşvikiye opened the season with Cemal Emden’s Photographs from Contemporary Turkish Architecture exhibition within the scope of Architecture Week activities. Curated by Sait Ali Köknar, this exhibition features photographs of 35 buildings designed by different architectures’ offices which reflect the architectural trends of Turkey in 2010s.

These structures with different functions which bear distinctive traces of contemporary architecture, were presented to the audience through a setup consisting of multiple photographs on individual panels. These photographs, which successfully represent the unique characters of buildings and stand out with their light and compositions, have attracted considerable attention. Architectural photography is, in fact, the most difficult one among photography subjects, and Cemal Emden transformes these into successful photographs thanks to his competency and professional experience.

The exhibitions are closed after a certain period of time. However, when a book of an exhibition is published, it becomes unforgettable. Books play an important role both as reminders and archive material. Making a mark on the history is possible only through books.

The exhibition’s book edited by Sait Ali Köknar, was published which is an important document about a period in Turkish architecture that lasted for almost a decade. This book has a very important feature. We can follow examples of contemporary architecture from many different regions of Turkey discovered by Cemal Emden which we would never know otherwise, and we can observe how important architecture has become in Turkey in all its detail.

This 176-page book titled Contemporary Turkish Architecture 2017 that illustrates the select examples of contemporary architecture featured in the exhibition, was prepared for Nurus’ 90th establishment year and published in English by Masa Publications. The book has taken its place on the shelves as a well-identified document for today’s architecture, and a fine example for photography art’s union with architecture.

As one of the prominent architectural photographers of Turkey, Cemal Emden is an artist who takes the dynamics of structures to different dimensions through photography. Emden is skilled in reflecting all the benefits of not only loving, but also understanding, feeling and knowing architecture, to these photographs. He presents us with extraordinary photographs thanks to the technical rigour and architectural discipline in his photographs, and by using the most important element of art of photography, composition in an aesthetic integrity.

With his exhibitions and books, Emden has become one of the architectural photographers, organizations both in Turkey and the world wish to work with. His books have been published by major publishing houses and he opened exhibitions in leading galleries in the world. Cemal Emden identified the works of and reminded the architects from Le Corbusier to Louis Kahn with immortal works in the history of architecture, through his own perspective, for them to not fall into oblivion. Currently, the Pera Museum hosts viewers at Louis Kahn Re/framed exhibition, featuring photographs by Cemal Emden.