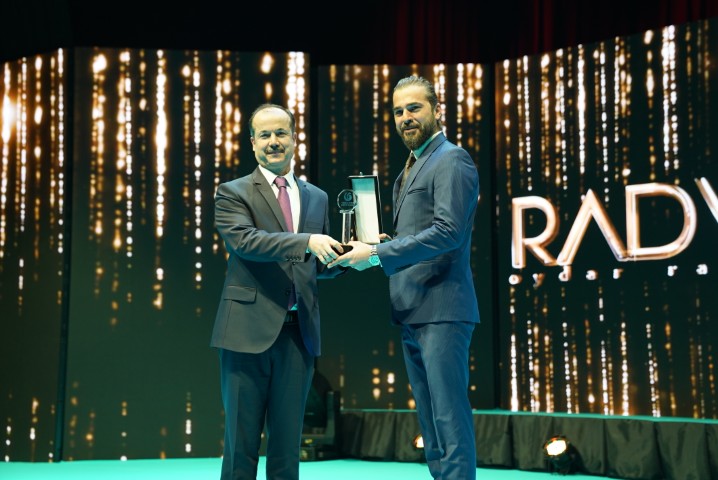 The Radio Academy Awards, which has attained an international dimension by cooperation of Yunus Emre Enstitüsü, became a grand celebration where successful figures in the fields of radio, music and culture gathered.

A novelty in this year’s Academy Awards, organized for the third time and widely participated by culture, art and radio circles, was Yunus Emre Enstitüsü being the organization partner which undertakes a major role in making the ancient sound of Turkish heard around the world and introducing the historical and cultural heritage of Turkey through 50 cultural centres established in 40 countries. Behzat Uygur was the host of the Third Radio Academy Awards where Turkey’s best radio stations and radio broadcasters were determined, and many famous figures performed on this major night.

ŞEREF ATEŞ SPOKE BEFORE THE CEREMONY

Speaking before the ceremony, President Prof. Dr. Şeref Ateş who made a speech before Contributions to Turkish Culture Awards presented by Yunus Emre Enstitüsü, expressed that Yunus Emre Enstitüsü who carries out operations to teach Turkish, and to introduce works of Turkish literature, arts and music worldwide, aims to explain Turkey’s theses with their cultural dimensions. Ateş said, “Web-based Sound of Turkish Radio established under the Enstitü does not only broadcast Turkish songs and folk songs. We introduce our country no matter the distances through stories performed, cooking or culture-art shows and news from Turkey.”

President Ateş spoke as follows: “Radio is a magical world behind the curtain. We benefit from the blessings of this magical box and try to speak to people far away with the warmth of Turkish. Sound of Turkish Radio calls out to the world in Turkish with efforts of our staff. Since its establishment, our radio station has received numerous incentives and recognition awards. Seeing that our efforts are appreciated, has prompted us to carry out better operations.”

Prof. Dr. Ateş ended his speech as follows: “As Turkey’s cultural institution abroad, we also wished to present awards to figures of Turkish arts and culture to encourage the members of our cultural army and to appreciate what they have said and done. Hereby, I would also like to congratulate the artists deemed worthy of awards in the Third Radio Academy Awards. I greet you with love and respect.”

In the first part of this special night broadcast live on TV, Yunus Emre Enstitüsü presented seven figures who have contributed to the promotion of Turkey, Turkish language, culture and arts home and abroad, with awards.

-Skopje Radio that has been broadcasting in Turkish in the Balkans for 73 years and has served Turkish culture and language, and claimed common cultural heritage with the shows,
– Researcher Writer Senad Hasanagić, who has greatly contributed in popularizing Turkish language and promotion of Turkish culture and history through cultural, artistic and scientific studies he carried out in Bosnia and Herzegovina,
– Two master artists Erkan Oğur and İsmail Hakkı Demircioğlu, who have greatly contributed in Turkish music as composers and performers with their works, inspired many artists and made Turkish music known worldwide,
– Director Derviş Zaim who has received more than 80 national and international awards, shedding light on our culture, art and history with the films he wrote and directed, and representing our cinema around the world,
-Engin Altan Düzyatan, a successful actor who has contributed to the image of Turkey with his roles in various series and films in Turkey and abroad, and with his exemplary personality and stance,
– Diriliş Ertuğrul series followed with interest both at home and abroad which depicts with the epic struggle of Kayı Tribe with an important place in Turkish history, and correctly reflects Turkish culture, history and values

were deemed worthy of Contributions to Turkish Culture Awards by Yunus Emre Enstitüsü.