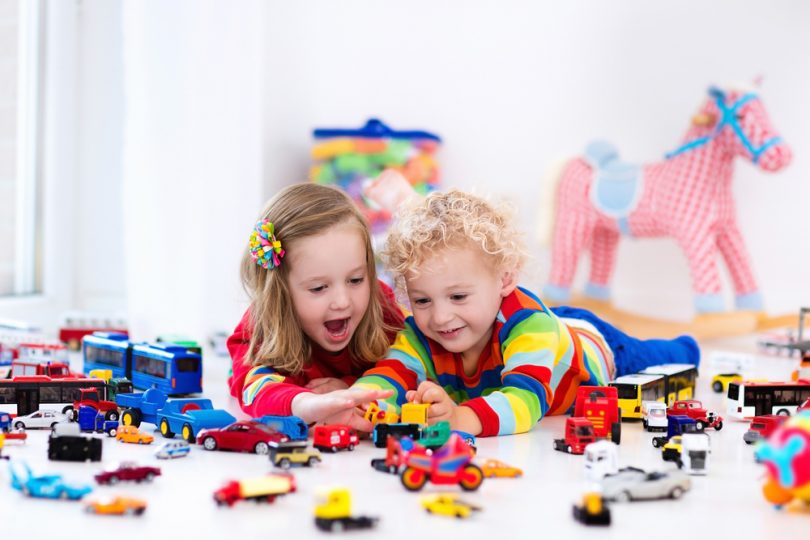 To be connected with technology is a requirement of the times, and technology addiction is a new type of addiction that is still receiving consideration and for which there are attempts to develop treatment methods. Technology addiction is usually defined as an addiction to the internet or as deprivation felt due to the inability to access the technological product to which the person is addicted. A person’s technology addiction is determined based on him/her spending hours on end on the technological product, preferring communication via internet to social communication, using the internet until late hours, sometimes without any interruption, or the state of unhappiness and hopelessness s/he feels when deprived of technology. It is acknowledged that, while the person feels a sense of guilt due to the long time spent on the technological product, s/he also feels quite happy about this situation. Technology addiction has many outputs reverberating in physical and social areas. Ailments such as eye redness and burning, neck and shoulder pain and weakness are increasing among children and young people who spend their hours on the internet. On the other hand, issues such as declining academic success, broken sleep cycles, decreasing physical activity, unsuccessful time management and unwillingness to form dialogue with family members are observed. Play and toys for quality time

The most important aspect to take into account with regard to spending quality time with children and young people in order to combat technology addiction is that this process needs to take place with their active participation. Ensuring the active interest and participation of children and young people in the activity planned would give the process more quality. The principal architects of quality time are play and toys. Play is important at all ages. We know that life takes shape with play, that children discover themselves and their peers through play and that they learn about the world and shape it through play. Play is the way for children to develop multiple skills during their emotional, social, physical and cognitive development. They develop their movement skills with play and initiate their emotional processes by making decisions and their cognitive processes by making moves. They form social relations with play, ensure active participation in life and improve their verbal skills. Just as economic structures, social beliefs and values shape play, children themselves fictionalize their own worlds in play. Play ensures mutual communication between players, as well as engagement between the player and locations and objects. Play is a child’s primary occupation. S/he imitates the creatures around them when realizing this occupation. S/he steps into the adult world specifically with this imitation. S/he turns different materials into play tools. It is known that toys are one of the cornerstones of child development. While they are generally assumed to have appeared for the purposes of entertaining, occupying and educating children and are produced as an item of folk art as well as an advanced industrial product, toys are tangible objects reflecting the cultural, economic, social and even political characteristics of their time. As such, with regard to toy culture, which is as old as the history of childhood, the antique toys of old ages, the traditional toys of recent times and the industrial toys of today have continuity, similarity and transfer between them. Toys are not just a part of children’s world but of adults’ as well. However, the culture is the total of behaviors, activities and products through which the child expresses himself/herself. From this angle, play is an essential component of child culture. The history of toys, which are produced, as known today, for the purpose of children having a fun time and learning, is as old as the history of mankind itself. It is known that toys such as chambers, spinning tops, balls, jointed dolls, clay marbles and animal figures were used in the Near East, Anatolia and Ancient Greece during antiquity. In the urban living conditions brought upon by the Industrial Revolution, children have begun to live at their homes in isolation from society and have gone from being the smallest work force in society to individuals who live according to their own wants and interests. As such, children have been considered consumers after the Industrial Revolution and toys have been produced accordingly. Children have started to play with a variety of different toys including dolls that wear clothes according to the fashion of the time, construction tools and removable models. Being historical materials with the ability to transfer economic, social and cultural characteristics of their time from generation to generation, toys represent many scarcely discovered images of a culture and civilization and should be protected not only because of their contributions to human development but also due to their contributions to technological development. The places best showcasing the changes undergone by toys throughout history, the similarities they display from one culture to another and their role in human development undoubtedly are toy museums. In many countries, toys have become temporary objects put aside when their initial use is over and perhaps kept as a souvenir from childhood. The secondary duty of toys as an artifact with the ability to transfer economic, social and cultural characteristics has gained prominence due to the ever-growing number of toy museums. In addition to their ability to respond to an aesthetic appreciation and emotional requirement, toy museums also have functions such as making their viewers ask questions and pushing them toward discovery and research. Toy museums do not only serve the function of compiling, collecting and protecting nostalgic objects unlike collectors, but also provide opportunities to their viewers for object-based learning, multi-sense learning and inter-period learning. As “toys” form the basis of the collection, they open the pathway for their viewers for a fun learning experience.  Children and young people come together with the toys and use the museum for education and research purposes. As such, this experience is one where toys, which are not alien to child culture, bring viewers together at museums which are an environment for out-of-school learning and entertainment. The museum experience, which can be enhanced with museum technologies such as digital headphones providing auditory information, cinevision showcases, touchscreen information displays, effect visions sensitive to the movements of the viewer, augmented reality units, videos presentable with VR goggles and auditory materials such as information rain, can become a technology-centered nostalgia and learning tour for children and young people. Children and young people can attain a museum culture by experiencing the technology that stands at the center of their own culture in an out-of-school learning environment, turn the museum into a social interaction area with a structured visit and have an unforgettable experience. In order to fulfill this experience, many toy museums across the world and in Turkey are re-assessing collection management, preparing museum education activities with different contents for children, young people and adults, and cooperating with different institutions and organizations in this process. For example, Ankara University Faculty of Educational Sciences Toy Museum, which is the first toy museum in Turkey, carries out a “Best of the Museum” tour for children and young people, organizes activities based on “learning through play” for pre-school children, prepares training by associating the units featured in primary school and middle school curricula with the museum collection and conducts maker workshops[1] with high school students. The museum has prepared three “educational books” for pre-school, primary school and middle school teachers consisting of activities supporting different classes. Antalya Toy Museum is designing story telling workshops, planning activities that will bring writers and children together, and bringing children, young people and adults together in toy making workshops. Istanbul Toy Museum likewise is organizing toy making and painting workshops, conducting book and story conversations, bringing artists and viewers together at music and art workshops, preparing a museum theater and exhibiting an interactive child play called Dreaming Laboratory with its viewers.  Other toy museums in Samsun, İzmir, Gaziantep, Ankara and Istanbul meet their viewers with similar activities and similar and different contents, using museum education effectively to realize inter-generational interaction. It is important to stress that museum education is a field that develops communication and interaction between people as well as the relationship between institutions and life. It is known that museums and galleries are an ideal learning and education environment for people of all ages.

[1] The word “maker” originates in the action make. It can be defined as a person crafting something through his/her own efforts. Maker especially consists of technology-focused activities and is considered an integration of the “do-it-yourself” culture with an activity. Approaches of toy museums to play and toys vary based on the type of the museum. Strong Digital Game Museum and Digital Game Museum California located in the United States are important museums displaying the histories, types and significant examples of computer and platform games about which children and young people are passionate, and conducting activities with regard to these materials. They provide the opportunity to assess old digital games and play such games as well as conducting activities in which a “past, present and future” relationship can be formed. In this context, these museums are technology-focused learning centers in addition to being play and toy museums. One of the places where play and toys meet technology is the Science and Technology Center. The purpose of these centers, of which there are many examples in Turkey, is to teach children and young people the main principles of science in a way that allows them to have fun and learn by practicing – experiencing, as well as to motivate them to become the science and technology developers of the future by allowing them to be a part of various research and development efforts. At Science and Technology Centers, children and young people can use experiment units themselves, research a fundamental scientific law on site and become a part of the process in which technology is generated. Konya Science Center provides the opportunity to discover the sky at the planetarium (planet house) and to become a part of technological processes such as coding and robotics at the New Horizons Exhibit. Being able to meet expert researchers across many science centers, children and young people can learn about the topics that they are curious about from the experts, take part in workshops in accordance with their fields of interest and, in the long-run, take part in R&D activities themselves.

Out-of-school learning environments such museums, galleries, science and technology centers, theme parks, natural and cultural archaeological sites, which provide children and young people information about social developments and values in the fields of history, culture, arts and technology and allow them to learn about the values and cultural, scientific and artistic potential of the society that they are a part of through fun activities and with practice and experience, are out-of-school learning environments that may help solve technology addiction in a way suitable to the requirements of the times. To structure these areas in a way where children and young people can meet adults, develop their social skills through joint and participatory activities and attain abilities targeted toward production by meeting experts would be the soundest investment for the future.

1. The word “maker” originates in the action make. It can be defined as a person crafting something through his/her own efforts. Maker especially consists of technology-focused activities and is considered an integration of the “do-it-yourself” culture with an activity.