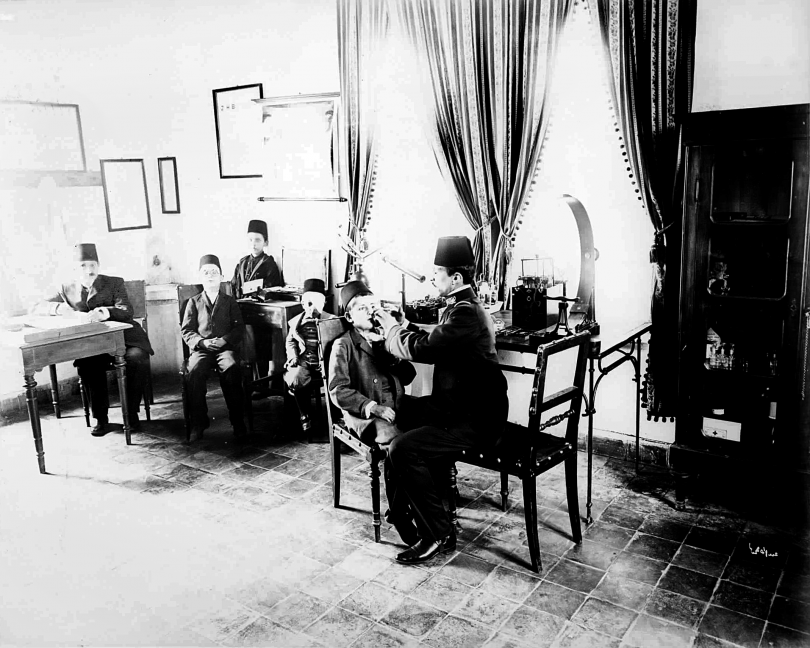 It is a common goal for everyone to lead a healthy life. It is again common to visit a hospital once we get sick. People say “God forbid from having to go to hospital, also may there always be hospitals” which is a suitable expression. Institutions have been founded for people to lead healthier lives from past to this day. The Seljuks and Ottomans also attached great importance to health institutions based on the motto “If people live, so will the state”. Today, there are major developments and improvements in the field of health in Turkey. The latest of these developments is the city hospitals project. It is beneficial to take a glance at the past before discussing modern developments.

THE GATE TO HEALING: DARÜŞŞİFA

Turks who adopted Anatolia as their homeland with the Battle of Manzikert (1071),  undertook various reconstruction activities and founded numerous organizations and monumental structures that have survived to this day. These activities greatly influenced a wide scope of areas. They mainly built religious buildings as well as structures to serve in education, health and social welfare fields. Darüşşifa (Hospitals) are the most important ones among these. Darüşşifas, hospitals in today’s context, were leading social welfare centres in Turkish-Islamic foundation culture. These institutions built to cater to health needs of the society with special architectural approach for medical practices, have been maintained and survived by their own foundations. These institutions that are today’s hospital or medical schools, are referred to with different names in Turkish history of medicine (Şifahane, bimaristan, darüssihhha, darülafiye, me’menulistirahe, darüttıb, darülmerza, heifiyye, bimarhane, madarhane, darüşşifa).

Founded by the Seljuks, Darüşşifas are of great importance in Turkish history of medicine. According to the sources, the first Seljuk hospital and madrasah were established in the period of Seljuk Sultan Alp Arslan in Nishabur, today within the borders of Iran. Later, many nursing homes were built in Anatolian region. A number of architectural, artistic and history of medicine researches have been conducted on Sivas Darüşşifa built by command of Anatolian Seljuk Sultan Izzeddin Kaykaus in 1217 whose epigraph has come until today, and important information has been attained.

Like the Seljuks, Ottomans continued the tradition of establishing health institutions in conquered lands, and they took Seljuk-era hospitals as an example. In this context, the first Ottoman hospital was established in Bursa by Yıldırım Bayezid I. With the conquest, Sultan Mehmed the Conqueror established the first hospital in capital Istanbul in Fatih Social Complex. The first hospital outside Ottoman capitals, was built in Manisa. Ottomans placed importance on health institutions until the state declined. Especially during the reign of Sultan Abdulhamid II, various kinds of hospitals that served to various segments were established.

FROM STATE HOSPITALS TO CITY HOSPITALS

In recent year, Turkey has increasingly made efforts to build the future with the accumulation and strength gained from the past. Within this direction, we focus on health care moves to prosper with regard to welfare. The unwelcome situation of recent times has been improved thanks to health institutions integrated with technology. City hospitals are the latest of Turkey’s improvements in this area, which has achieved a level in the field of health spoken about the world.

City hospitals designed and built by the Public-Private Partnership, opens a new period in health care. Within the scope of the project, private sector contractors will be obliged to first build and then manage city hospitals which will be established by public-private partnership. After completing construction, the Ministry of Health will become  tenant in city hospitals and the building company will receive the letting value from the public. The private sector will operate the hospitals for 25 years before handing over the public and with this model it is aimed to provide high-quality services in health institutions.

Mersin City Hospital was the first hospital completed under Turkey’s city hospitals program. This hospital that has the concept and comfort of a hotel, was opened on February 3rd, 2017 where 5 thousand people are employed. The hospital has a capacity of 1300 beds, 51 operating rooms and 210 beds in the intensive care unit. As part of the project, it is planned to offer 8 city hospitals to the service of citizens before the end of 2017.