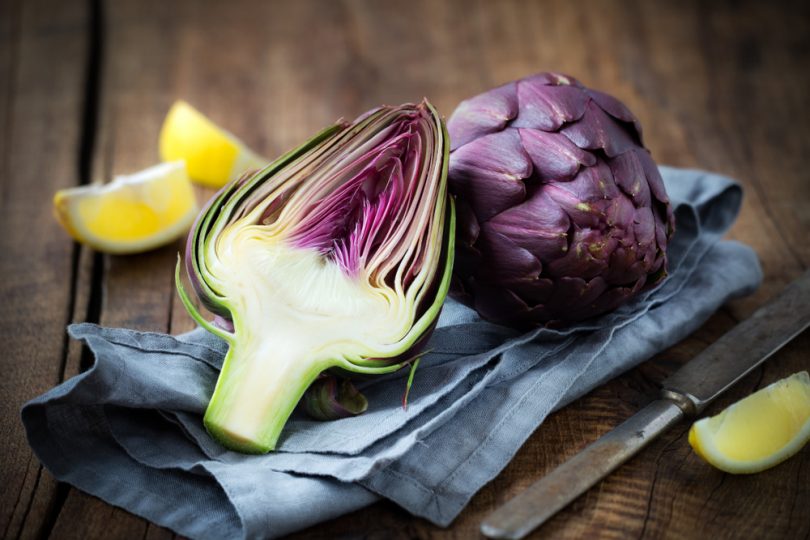 Turkish cuisine has gone through significant changes throughout its history due to the lifestyle changes among Turkish people or due to the introduction of certain products. Developments such as transition to settled life, Islamization, and introduction to Persian and Arabic cuisines through migrations of the 10th century, indicate significant change parameters for Turkish cuisine. Radical changes in the cuisine also occurred during Ottoman times. One of the most commonly known change is the one brought upon by the Westernization of the 19th century. However, as with all other world cuisines, Turkish cuisine experienced a gradual radical change during the ‘age of discovery’ through newly-introduced food materials. Though, this impact did not occur immediately after the age of discovery but took effect in a period of time which cannot be considered short. The focus on products cultivated in Ottoman lands, which in time profoundly influenced the culture of cuisine, happened after the age of discovery.  The intense trade that began with the age of discovery resulted in significant changes in all cuisines. After the discovery of the Americas, many products from these continents were brought to the Old World. The Ottoman world or other countries did not know any of these products in the 15th century. However, almost all of these would be produced in the Old World by the 19th century.

This undoubtedly meant a radical transition that occurred in a time period of three centuries.  Nowadays, a product can be transferred from one place to another in a very short amount of time. It is possible for products to travel between cities and even countries and be cultivated in relatively short periods such as five, ten, fifteen or twenty years. This was impossible prior to the modern period.

Undoubtedly, the trade between the two worlds after the discovery of the Americas would profoundly influence Ottoman cuisine just as it did to other cuisines. However, two products that were not originally from the United States also entered Ottoman lands and became widely produced and consumed. The first of these was okra, which first appeared in Istanbul markets during the first half of the 17th century and rapidly became popular in terms of cultivation and consumption. The other is artichoke, which was introduced in the 15th century but had to wait for two centuries until it became popular. This text will focus on artichoke (Cynara scolymus), a vegetable of Mediterranean origin. A member of the composite flowering plants (Asteraceae) family, the appearance of artichoke (Cynara scolymus) is closely related to the appearance of cardoon (Cynara cardunculus), which was cultivated by the domestication of thistle. While it is not definitively known when thistle was first domesticated, there is no doubt that cardoon is a vegetable known and consumed in the Mediterranean region from early times. Known to have been popular in the Roman Empire times but having disappeared for a long time later on, the re-emergence of cardoon and its spread to different locations is attributed to the Arabic expansion of the 8th century. The fact that the name of artichoke in many languages (artichoke, alcachofra, carciofo, articiocche, alcachofero, alcachofa etc.) stems from Arabic (el-harşûf) must be tied to this.

[1] Having been taken by Arabs to Spain, cardoon became a part of the Andalusian cuisine. From there it travelled to Sicily in the 14th century. Sicilian gardeners developed cardoon and produced the more delicious artichoke. The new product did not take much time to arrive in Italy, which would take it to another country. Cardoon also continued its spread through Spain at the same time. It travelled to France first, then to England. Finding a place for itself in the cuisine of the former country, the vegetable did not go beyond being a decoration plant in the latter.

Both cardoon and artichoke initially struggled to establish themselves in European countries and in fact faced tough resistance. This resistance was broken in the 16th century and both cardoon, which is wild artichoke, and artichoke entered the menus. In the following centuries, artichoke obtained the status of a symbol indicating class differences while buttoned cardoon was recorded as a bourgeois meal.

The first record on artichoke in the Ottoman archive documents is dated 1471, while the second one is dated 1574. In both dates artichoke was used to make pickles. Artichoke is not featured in the narh (price-fixing) books or the kitchen records of the 17th century. While Evliya Çelebi mentions cardoons in some places, he only mentions artichoke while describing Dubrovnik.  It is surprising how limited records there are with regard to this product in the period between the 15th and 17th centuries. As a matter of fact, the number of records significantly increased in the 18th century. It is understood that the production of the vegetable, which is mentioned in various sources, especially kitchen records, court records, price-fixing books, became significantly widespread.

In the light of the available data, it can be said that artichoke consumption in Istanbul was limited until the 18th century but increased after this century. So what caused this increase? Why did no such surge occur in artichoke consumption previously? The artichoke records in the 15th and 16th centuries most likely referred to wild artichoke. Their use for pickling strengthens this guess. Records from the periods in which consumption became more widespread referred to domesticated artichoke.  As a matter of fact, having been developed in Sicily in the 14th century, artichoke was brought to Istanbul from Italy in the 17th century by the Jewish people from Arnavutköy and planted there.

Unlike Europeans, Ottomans did not take a conservative stance against the newly-developed artichoke and made this vegetable a part of their kitchen baskets in a period of time that cannot be considered very long. It was as such that “artichoke fields”  specifically dedicated to this vegetable were formed.

Hasan Esiri, who lived in the 17th century, mentions artichoke among the products that were grown in Cyprus. Artichoke was produced in Istanbul and in many fields located in the hinterland of the city from the 18th century onwards. Along with local artichoke, artichoke produced in Darıca, Bozburun and Tuzla were also sold in Istanbul in the same century. Local artichoke (Istanbul artichoke) was more expensive compared to the three artichoke types coming from rural areas. Bursa artichoke would become a competitor to these types in the first quarter of the 19th century and sold for higher prices than all of them. It is known that the Bayrampaşa artichoke mentioned in the records of later periods were commonly featured in the market booths of Istanbul and attracted interest, but the story suggesting that it was first produced by Bayram Paşa in the 17th century is unverified. Eyüp Sabri Paşa, who went to Meqqa in October 1872, mentions in his work entitled Mir’âtü’l-Haremeyn  that artichoke had begun to be produced in the gardens of Taif near Meqqa and is considered a highly valued vegetable by the people of Meqqa. It is understood that it took time for Arabs, who facilitated the spread of cardoons in the European side of the Mediterranean, to be introduced to artichoke.

All records indicate that artichoke consumption in Istanbul was intensified in the 18th century. İbrahim Tırsî, who was a poet from Istanbul, lived in the same century and mentioned artichoke in four separate couplets, states that local artichoke is more valuable than Darıca artichoke:

Darıca and İzmit’s artichoke is no good

Esteemed is the local artichoke of Istanbul

Currently, there are more than 140 types of artichoke in the world. However, fewer than 40 of those are preferred in production for commercial purposes. The most influential reason for the consumption of artichoke is its health benefits. The healing range of the vegetable is quite wide. Its benefits for liver are well known. This fruit hidden in thistles is made all the more appealing due to its role in the treatment of hepatitis, diuretic properties, ability to push gall juice out, its positive impact on arteriosclerosis and ability to reduce the level of fat in the blood and help pass kidney stones. In his work titled İstanbul Folkloru (Folklore of Istanbul), Mehmet Halit Bayrı writes that artichoke is also used in the treatment of common cold. Bayrı states that artichoke leaves are pounded along with garlic, mixed with strained yogurt and rubbed on the wrists and soles of patients. In order to benefit from this mix, the patient needs to wait for one evening in this state.

[1] The word ardî şevkî(ارضى شوكى), which is Arabic for cardoon, is actually closer to the usage in European languages. However, etymological dictionaries are in consensus that this Arabic word was transferred from European languages (especially Italian) to Arabic.