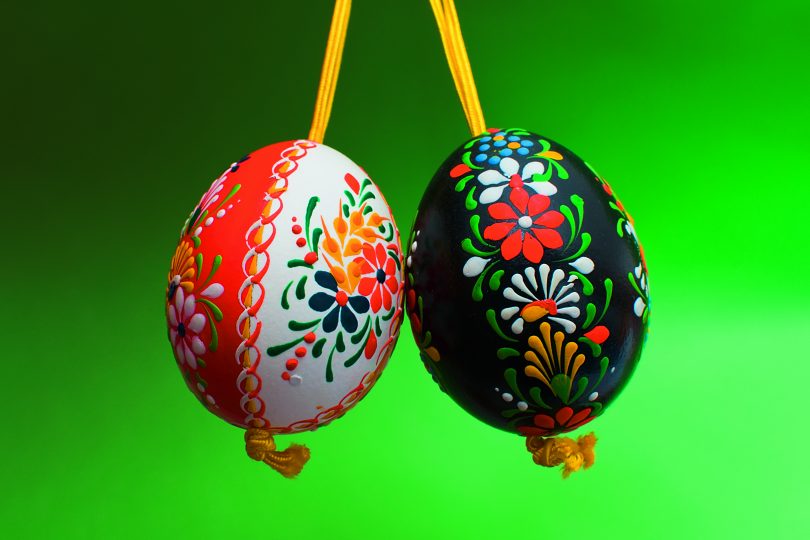 Here is the third and last chapter of the article series on Gagauz people who arouse interest with a language very similar to Turkish spoken in Turkey, the rich culture and traditions they possess.

When Moldova was annexed by the USSR following the Second World War, Gagauz people fell under Soviet rule. At the end of 10 years of efforts by Gagauz intellectuals, USSR Moldovan SSR High Soviet reached the decision to form a new alphabet for the Gagauz people on July 30th 1957. Consequently, D. N. Tanasoglu and L.A. Pokrovskaya introduced several characters to the Russian alphabet to form Cyrillic-based Gagauz alphabet. The first book published in 1959 in Chisinau in Cyrillic-based Gagauz alphabet was the anthology titled Bucaktan Seslär by Dionis N. Tanasoglu. In following years, more than 50 books were published in this alphabet, primarily folk literature and texts, and poetry and stories by modern Gagauz writers and poets. With the decision by Gagauzia People’s Assembly on January 29th 1993, Latin alphabet was adopted however with the resolution no 22-VIII/I dated January 26th 1996, previous Latin alphabet was modified. According to this, the ıe diphthong written as з in Cyrillic-based alphabet and é/з seen in Russian borrowed from French, would be represented with Ţţ, a double consonant in Romanian/ new Moldovan alphabet.

The first major newspaper published in Gagauz Turkish is Ana Sözü that has been published since 1988, followed by Gagauz Sözü published since 1994, and Sabaa Yıldızı published since 1996. These periodicals featuring mainly news and culture are distributed to the libraries, museums and other government agencies, and are not very accessible for the public. Vesti Gagauzii (Gagavuzya News) published since 1996 in Russian as the publication of the People’s Assembly and has a circulation of 5 thousand, is the oldest and most established publication in the region. A special page in Gagauz Turkish is featured in some issues of this newspaper, published with the title Leninskaya Slova (Lenin’s Word) since 1947. Gagauz Eri first published in 1991 under the direction of Leonid Dobrov, Açık Göz first published in 1996, and Gagauz Halkı first published in 1999, are also in Russian. In Chisinau, Moldova Television (TVM) broadcasts in Gagauz Turkish with Moldovan subtitles for one hour every month and for half an hour every fifteen days. The radio show titled Bucaan Dalgasında, first aired in 1986, continues to broadcast with longer air time. Turkey supports these publications and shows both technically also offering know-how. GRT (Gagauz Radio Television), an official broadcasting organization established in Comrat, broadcasts in Gagauz Turkish. The radio shows by this organization are longer and more diverse, however television broadcasts do not exceed a few hours on certain days of the week and connections are also established with TRT channels at times. In addition, particular TV channels broadcast in Gagauz Turkish.

Since Gagauz Turkish remained a spoken language for a long time, the Gagauz were forced to use the language of the countries they lived as minorities as their language of education and culture. The Gagauz in Basarabia used Russian as the language of education and culture until 1918. During the early 1960s, education was offered in Gagauz Turkish in primary education for a short period of time, however this was abandoned shortly after. Later, there were attempts to teach Gagauz Turkish language and literature in “Mother Language” courses offered in primary and secondary schools in the regions where Gagauz lived. Today, there are still no schools that offer education entirely in Gagauz Turkish. Komrat State University, the only official higher education institution in Gagauzia, offers higher education since 1991 in Economics, National Culture, Law and Agricultural Faculties. A Gagauz Language Department affiliated to the National Cultural Faculty was opened. In other faculties and departments, Gagauz language is taught two hours a week and all other courses are taught in Russian. There is a Gagauz Department under Moldova Academy of Sciences and a Gagauz Language Department under Moldova State University in Chisinau. Established under the leadership of Dionis N. Tanasoglu, Mikhail Çakır Library in Chisinau where works in Gagauz and Turkey Turkish are collected, has become an important centre with the increasing number of books and the cultural activities it has pioneered in recent years. Süleyman Demirel Turkish High School established by Turkey in Kongaz teaches English, Russian and Moldovan, as well as Turkey Turkish and Gagauz Turkish.

Gagauz Turks who are modern representatives of a long historical period, are a nation living mainly in Autonomous Gagauzia and in various regions of Eastern Europe. In today’s world dominated by globalization which makes everything mono-chromous, they struggle to maintain their authentic characteristics. They arouse interest with a language very similar to Turkey Turkish, a religious life shaped by Orthodoxy, and colourful culture and traditions.