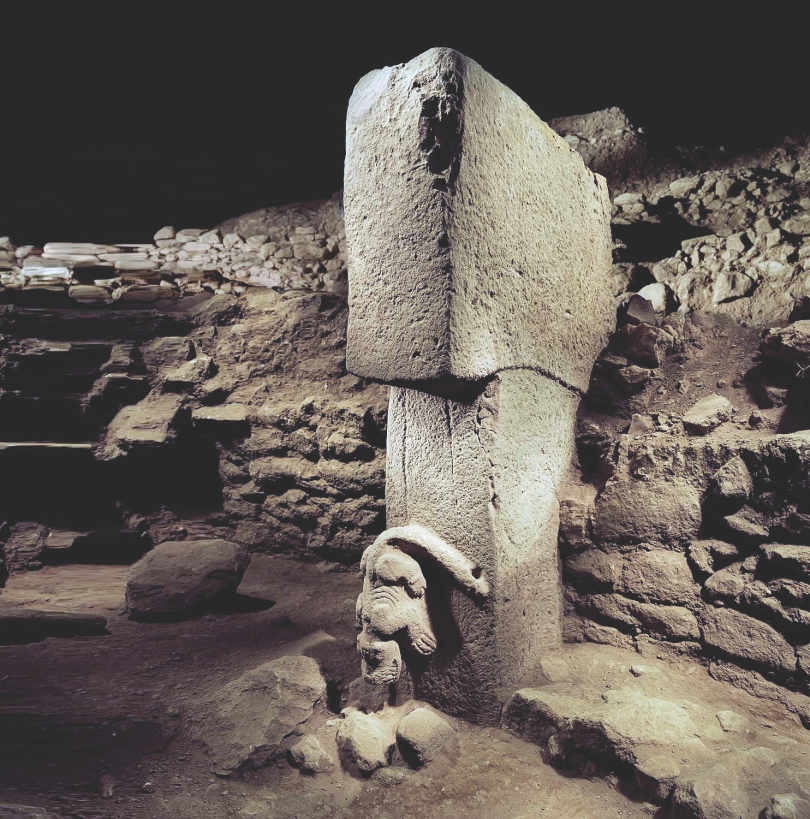 Göbeklitepe is located near Orencik village, 15 kilometers northeast of Şanlıurfa, exhibiting a diameter of about 300 m and a height of 15 meters, with a broad vantage. Contrary to public knowledge, the history of the first research on Göbeklitepe dates way back in time. In 1963, surface surveys were conducted in the region by Istanbul University and the University of Chicago. Subsequently, the first archaeological excavations were made by Şanlıurfa Museum Directorate and Istanbul German Archaeological Institute in 1995. Excavations were led by Prof. Klaus Schmidt, who recently passed away, until 2014. Since then, Şanlıurfa Museum Directorate has been leading excavations through a scientific team.

Göbeklitepe dates back to 12,000 years ago and is considered to be a sanctuary built by people who were hunters and gatherers back then. Given that the most significant cultural and social changes in human history took place in Göbeklitepe, it can easily be construed that Göbeklitepe is the most important discovery in human history. One of the main reasons why people gathered around Göbeklitepe in the heart of the fertile crescent was the extremely varied water resources, fauna and flora in the region.

People came together in Göbeklitepe at specific times for a common purpose, taking an important step towards socialization and thus setting the foundations of transition to permanent settlements.  Known to be hunters and gatherers, the people of the time had built large-scale temples 12,000 years ago, when cities and villages did not exist at all. At a time when people had not switched to a settled life, not tamed animals and only used stone as a tool, they relied on pure manpower to bring stones as tall as 6 meters and as heavy as 30 tons from quarries that were 1 km away from the sanctuary. These magnificent structures unearthed in Göbeklitepe are clear proof that Göbeklitepe is the starting point for architecture, engineering, sculpture and art.

Göbeklitepe offers many unusual finds to arouse the idea that it was a religious/sacred attraction center. Furthermore, there are many data supporting the assumption that Göbeklitepe was a special meeting center consisting of cult structures. The most important data include totems consisting of human and animal sculptures.

At the center of the structures with a round plan unearthed in Göbeklitepe are two stone pillars. As a rule, these pillars exhibit greater and superior features than the stones surrounding them. The best example to this is the two T-shaped stone pillars located in the middle of structure D. In structure D, it is clear that these two pillars symbolize men. These pillars exhibit visible arms, elbows and hands. T-shaped pillars are believed to symbolize the sacred presence which the people of the era believed in.

Many stone pillars in Göbeklitepe display animal reliefs and various symbols. It seems the people who carved these symbols had thoroughly observed natural and celestial phenomena and reflected on the pillars the myths and mythologies arising from such observations. Göbeklitepe offers yet unresolved mysteries in a myriad of symbols and reliefs on the stone pillars, a legacy from the people of the era. However, even before the excavations began and the current finds were unearthed, a mulberry tree located right next to the excavation site and the tombs from Islamic times close to that tree were already considered sacred by local people. Local people call this area “visit” and devote sacrifices and votives in the area, which shows that Göbeklitepe has maintained its spiritual atmosphere until today.

A Discovery That Changed History

What differentiates Göbeklitepe from other monumental structures is that, although it was built 12,000 years ago, the stone pillars there clearly symbolize men. The facts that it reflects the highly-developed symbolic worlds of Neolithic people and maximally exhibits the creative genius of men make this site even more important. The skills in human and animal sculptures and stone masonry at Göbeklitepe can easily make today’s sculpturers and artists jealous. They are also an indicator of the refined taste and knowledge of the people of the era. Furthermore, the fact that people buried this sanctuary with their own hands for some unknown reason, maybe in the hope to protect and revisit it later after thousand years of use, clearly indicates the sanctity attributed to the site. This burial process is the most important indicator of how strong the feeling of protecting and preserving their sacred assets was among the people of the era. If it had not been for this burial, it would have been almost impossible for these architectural structures to make it into the present day.

The monumental structures discovered in Göbeklitepe are the most important milestones in the journey of Göbeklitepe people from hunter-gatherers to agricultural producers. Only four of these monumental structures have been unearthed so far. However, aerial photographs show that there are about 20 structures with round plans. Excavations in upcoming years will potentially reveal new finds that will change world history once again.

Currently, Göbeklitepe is a treasure that has only been excavated by fifteen percent. Public and private sector parties deliver successful work in order to protect and hand over these monumental structures to future generations. Şanlıurfa received a great deal of attention after this discovery, which changed history, was inducted into the UNESCO World Heritage List in 2018. The interest in the site boosted after 2019 had been declared the year of Göbeklitepe, which hosted a huge influx of tourists throughout the year.

Located at the heart of the fertile crescent, Göbeklitepe flashes like a beacon through the dusty pages of history. This not-yet-fully-discovered treasure invites interested parties to Şanlıurfa.

* Şanlıurfa Museum Director and Head of the Göbeklitepe Excavation Committee