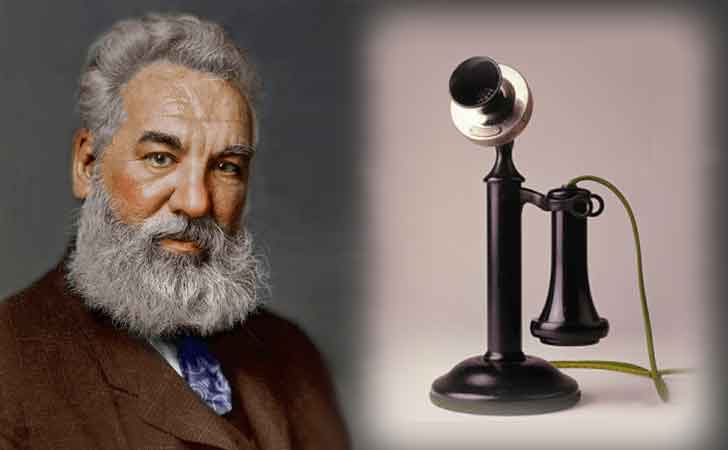 Invented by Alexander Graham Bell in 1876, today we carry telephones at all times and use it for many purposes apart from communicating.

While the inventions of some inventors get lost in the mists of time without making a mark on history, inventions made by some inventors are powerful enough to change every aspect of our everyday life. The invention of telephone also brought about such a transformation. Today, we are glued to our telephones with which we can easily run many errands, and our telephones are with us at every moment and every aspect of our lives.

Alexander Graham Bell’s invention of the telephone in 1876, was a world-changing event which was also a breakthrough in communication. Before Bell’s invention, the fastest method to send a message was by using the Morse code through telegraph lines. However, there was no way to transmit a person’s voice through a telegram. Before  telegraph, which was considered an innovative method in its own period, urgent messages had to be sent with dispatch riders,  pigeons, ships or through smoke signs.

Scottish scientist Bell dedicated all his life to education of the deaf. On the other hand, he worked on developing telegraph to make money. During his experiments, he heard sound vibrations reflected on the wire he stretched between two rooms. Thanks to his extensive knowledge of the human ear, on how it amplifies the vibrations and wires, Bell realized that it was possible to transmit human voice. His studies and efforts yielded results and he applied for the patent of telephone as a new means of communication. Bell was granted the patent he applied for, on March 7th, 1876. Three days later, the first telephone call was made. As Graham Bell, the inventor of this new invention, was on one end, electrical engineer Thomas Watson who assisted Bell to invent telephone was on the other. The first conversation on the phone was as follows: “Mr. Watson! Come here. I want to see you.”

In 1892, Alexander Graham Bell made an attempt to make the first long-distance telephone call and his sound reached from New York to Chicago. So the telephone network rapidly expanded soon after it emerged. It initially spread to America and later to the whole world within a period of ten years.

A BRIEF HISTORY OF TELEPHONE

March 7th 1876 Alexander Graham Bell was granted the patent of telephone, he had been working on for a long time.

October 18th 1892 The first successful long-distance telephone call was made between New York and Chicago.

August 15th 1996 The first smartphone in the history Nokia 900 Communicator was launched.