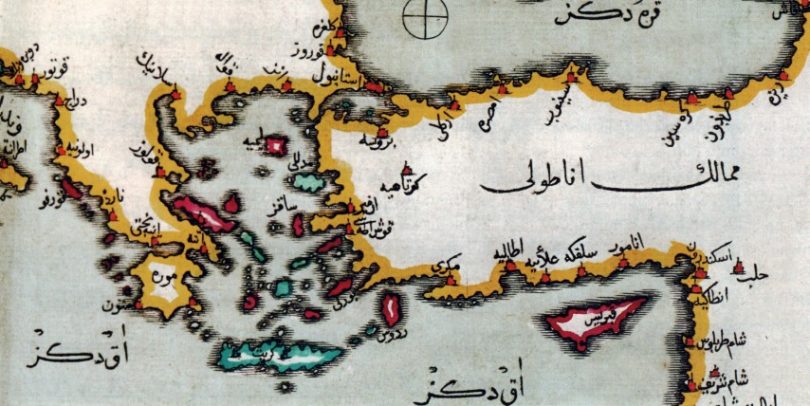 Evliya Çelebi of the 20th century, travel book by Süleyman Şükrü Efendi of Eğirdir in which he documented the places he visited, also establishes how Ottoman Empire undertook the missions of protecting and guarding the communities on the lands it ruled.

Süleyman Şükrü, born in Eğirdir district of Isparta in 1866 to Karçınzade family, was educated by his father Hüseyin Efendi and completed his hafiz training at the age of 15. Traveller assigned to various offices in Eğirdir when he was 17, moves to Istanbul and asks to be commissioned. After passing the tests, he gets commissioned to Ministry of Postal Services and Telegraphy in Pozantı district of Adana. Throughout his two-years of tenancy in Pozantı, he experiences difficulties due to hostile acts and attitude of a postal service official named Bedri. Following his tenancy here, the traveller returns to Istanbul to get reassigned after the troubles he endured because of Bedri in Pozantı. Traveller moves to Niksar in Tokat on Niğde-Kayseri-Sivas route for a two-year tenure. After Niksar, he gets stationed in Rawandiz on Iran border as if relegated and then in Zakho. Later he gets discharged before completing his term of duty in Dürres, Albania.

A LIFE ON THE ROADS

Traveller that leads a life of exile wherever he goes, gets discharged and returns to Istanbul from Dürres however “Sinister Bedri” as he calls him who pestered Süleyman Şükrü during his term in Pozantı is also commissioned in Istanbul. Bedri who hears of Karçınzade’s return to Istanbul, keeps a low profile for a few weeks and cautions the officials not to give him a  favourable reply on his dismissal. However traveller discovers that Bedri is the one behind his discharge. After some controversies in Istanbul, administration offers him to “abandon telegraphy so they can place him in a more comfortable post” and upon taking this offer, he moves to Karesi. Bedri continues to cause him trouble also here. After two year, traveller unable to cope with the distress in Karesi and as a result of his correspondence with the administration, he is relegated to Deir ez-Zor (Zor Sanjak) near Syria. He flees one midnight due to soldiers’ disrespectful manners throughout forty days he spends here, and begins to tell the story of his escapade.

Following his days in Deir ez-Zor, traveller relays that he crossed Euphrates River by swimming and begins his life as a fugitive, crossing deserts and rivers on the back of a horse supplied by the Bedouin. He sets off to Tehran. Traveller who embarked on all kinds of adventures and yearned for his homeland for years, begins his new journey in Mosul. He crosses mountains on the back of rented horses or travels by train. Sometimes he is forced to travel on foot and sometimes he is let down by his horse travelling for days. He gets sick on the road in India and spends a month and a half in Mumbai during the month of Ramadan.

A TRIBUTE TO OTTOMAN

Traveller also addresses the state of Muslim communities in the regions he travels to. He reflects on the relations of Muslims with the French in North Africa, with the Flemish and British in South-east Asia, with the Russian in Central Asia, and with the Chinese in Far East. He observes and documents the fondness and love Muslims on these lands have for the Ottoman. He narrates how he could not help but burst into tears in Algeria when the Muslim community flooded the banks to witness the arrival of an Ottoman steamship owned by Haci Davud Ferkuh Company from Izmir as if they won a victory. One time, while chatting in a teahouse in Beijing, Chinese Muslims who saw his attire sighed because he reminded them of the Ottoman which deeply moved Şükrü Efendi. Traveller points the services Ottoman brought to these places and pays tribute to Sultan Abdulhamid II and Ottoman State every chance he gets. One time, during a Friday prayer in Tunisia, he waits for the imam giving a sermon on the pulpit to mention the name of the Sultan. When the Imam mentioned the “Sultan of the Hanafi”, traveller feels pleased and says to himself “If we do not utter the name of the sultan of Muslims during a prayer or sermon, that Friday or Eid prayer does not count.”

A PIECE OF HEAVEN ON EARTH

Traveller visits Istanbul four times during his reassignments, and profoundly expresses his admiration to Istanbul and its beauty in his own words: “While creating the earth, Mighty God removed a piece of land from heaven with his power and placed it where Istanbul is to adorn the world. Its beauty is evocative of the river in heaven. Its delicious water sources resemble Kevser river and its beauty resembles that of angels. It is impossible to depict this city by pen or words; it is the city that photographers are incapable of capturing. You can only comprehend the wonders of this city when you see it for yourself.” Traveller also visits the historical places of this precious city “he cannot have enough of watching from Golden Horn”; first the tomb of Sultan Mehmed the Conqueror and later Sultanahmet and Hagia Sophia Mosques. He gets the chance to pray at the holy mausoleum of Abu Eyyub el-Ensari in Eyüp. After touring these stops, setting off from Topkapı he has coffee in a country coffee house in Edirnekapı, and arrives at Bayezid Square. After staying for a few more days in Istanbul, he receives news of his father’s illness and immediately leaves for Isparta.

Süleyman Şükrü also discusses the lives of the Non-Muslim communities in his travel book He observes the commercial and agricultural activities in these regions as well as destinations which are important for tourism. He relays spending two hours at Eiffel Tower in Paris and points out that the tower is three times higher compared to the minaret of Nureddin Zengi Mosque in Mosul. Süleyman Şükrü, giving diverse information on the posts he is assigned to as well as the sites en route, begins his journey as a traveller in Mosul and travels to Iran, Ashgabat, Bukhara, Baku and Western Turkistan and from there to Austria and Paris. After Paris, he continues to Marseilles and tours countries as Tunisia, Morocco, Algeria and Egypt. Through the Suez Canal and Red Sea, he crosses the Indian Ocean and arrives in Mumbai. He cannot visit Java due to trouble with his passport. He stops by at Singapore after India and Ceylon, and travels to China. After visiting different Chinese cities and towns, Süleyman Şükrü leaves Urumqi and returns to Bahçesaray. He cannot have his work published here so he continues to Akmescid however he cannot find a publishing house suitable for his work. He plans to travel to Egypt and arrives in Sevastopol however he changes his mind here and continues to Petersburg. Here in 1907, he has his first work titled Seyahatü’l-Kübra (The Great Journey) in publishing house of Abdurresid Ibrahim.

Traveller who travelled every inch of almost half the world, explains in detail the numerous natural beauties in Anatolia and mainly in Isparta and shares his impressions on humanity. Archives show that he lived as a fugitive for nearly eight years between 1900-1907, following his exile to Deir ez-Zor. Traveller was relegated to numerous posts during his tenancy due to hostility of official Bedri, and on top of this his father got sick and then passed away which got him into a depression. He moved in with his widowed mother in Eğirdir and brought her along to posts he was assigned to. He frequently voiced his homesickness during his travels, and after his journey ended in Petersburg, he sent a telegram to Istanbul, demanding to return to his country. Upon taking a ship from Odessa, he got detained in Istanbul. During his detention, documents written in Chinese and travel notes were discovered in his luggage. After the investigation was complete, he was assigned to another post in Anatolia. In the meantime, he published three short epistles on different subjects aside form the travel book Even today, Süleyman Şükrü’s works are gems for comprehending and exploring both our cultural background and the lives of the people living in different regions of the world.