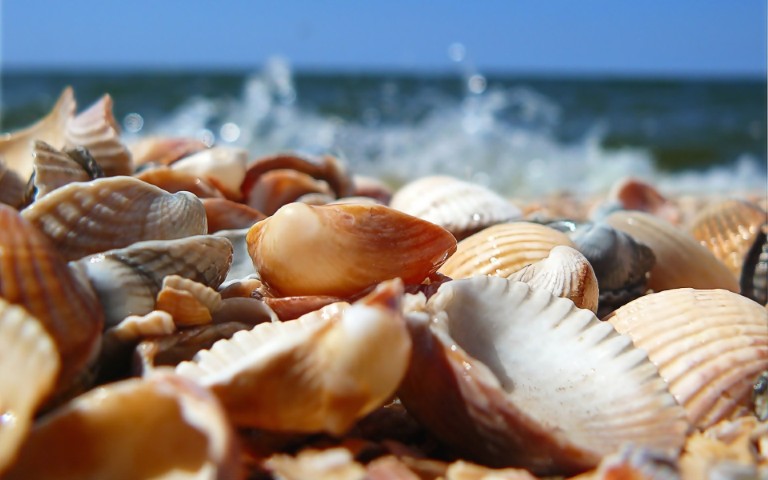 Seashell collection donated to Bodrum Museum by collectioner Hasan Güleşçi, takes visitors on a distinct journey both with its scientific design and its visual richness.

Seashells are primary elements in longing for the sea and dreams of sea. We come across a mussel, an oyster shell or a dried sea urchin in homes of every person that passed from the seaside. Many people who sees a seashell while walking on a beach would definitely pick them up from the sands to bring home. Maybe seashells are irresistible because once creatures lived in them.

One of the most enjoyable activities for collectioners is undoubtedly collecting. The fundamentals of true collecting is gathering, arranging and cataloguing collected objects. Those who collect same objects exchange information worldwide and greatly benefit from that.

Collectioners are often ready to pay a fortune for the collections they devoted their lives to or to travel to far corners of the world for an item they are after. The word that corresponds best with collecting is passion. People passionate about a subject, a field or an object eventually take up collecting. Because one greatly enjoys viewing and touching the objects, which is also a perfect therapy. However it is a known fact that the reason behind it are the meanings collectioners assign to objects rather than the objects themselves.

Collections are not exclusively comprised of produced objects but of distinct natural or scientific items. Butterfly, cactus or seashell collecting falls into the said category. In this type of collecting, items are collected and the relevant fields of science are provided with information/ findings and discovery.

As is known, Bodrum Sea Museum features Turkey’s largest seashell collection in the section formed with a brand new approach. This collection features shells of numerous marine crustaceans with distinct characteristics living in world’s prominent seas and the collection attracts not only local tourists but also foreign visitors and enthusiasts from many world countries.

This seashell collection donated to Bodrum Museum by collectioner Hasan Güleşçi, takes visitors on a unique journey both with its scientific structure and its visual richness. Hasan Güleşçi Collection, Turkey’s largest and one of world’s prominent collections, is now published into an elaborate book with all the featured items.

The 416 pages-long book Denizlerin Sessiz Güzellikleri (Silent Beauties of the Seas) offered at book stores in recent months, features the photographs of items in Hasan Güleşçi’s seashell collection. This comprehensive book has meticulous graphics and displays shells of various marine crustaceans in a comprehensible arrangement opening doors of a new realm for the readers.

Hasan Güleşçi, relieved the stress of intense work pressure with this collection he started as an amateur and at the same time laid the foundations for this extensive and impressive collection. Güleşçi realised that he took a new course with inspiration from seashell collections he viewed in his journeys to overseas countries and the museums with this theme.

Seashells with numerous areas of usage, are sometimes food sources, sometimes currency substituting money, and sometimes decorative objects. The book Denizlerin Sessiz Güzellikleri, is a successful example to how passion lead to a massive collection and at the same time an exhaustive inventory. We congratulate Hasan Güleşçi for introducing such a book to our beauty world and marine crustaceans literature.