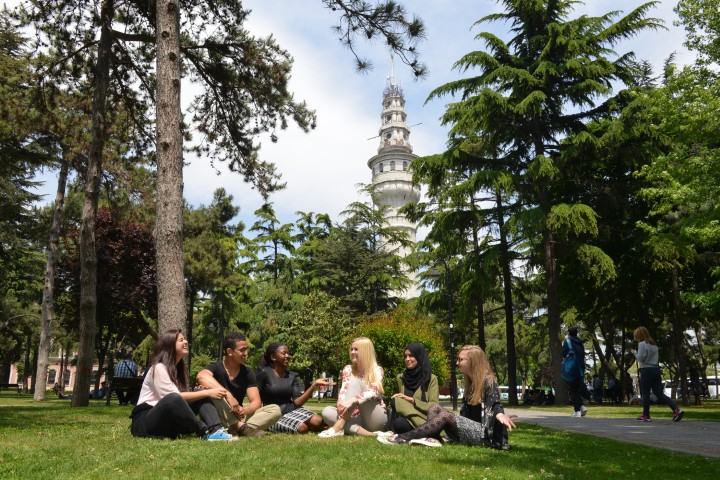 How were you affected by the process after the July 15th  military coup attempt as Erasmus Program of Istanbul University? As conditions rapidly normalize, have things returned to normal in Turkey?

Immediately after the July 15th attempt, we made preparations aimed at our partners overseas. As a university, we do not approach this subject simply as Erasmus. Here we have collaborations within the framework of bilateral agreements and Mevlana program next to Erasmus program. We have made nearly 160 bilateral agreements with 55 different countries. There are nearly 650 agreements related to Erasmus. As part of the more recent Mevlana Program, we exchange students and faculty members within the framework of 45 agreements. In addition, we have students who come from 157 countries who passed the Foreign Student Examination and currently continue their undergraduate or postgraduate studies at Istanbul University. The number of these students is 7783 by 2016. In short, there is an international academic network Istanbul University is part of. This is why, as soon as we returned to work following the July 15th coup attempt, we penned a statement and sent it to our partners.

A statement that briefly informs about the events on July 15th, how Turkish people claimed democracy and the whole process through our perspective. There was less feedback than we expected in the early days. After the initial reactions, we assessed the situation with Mr. Mustafa Kaplan, Chief of Visiting Student-Visiting Personnel. We received the figures for the first week after July 15th. We wanted to see how many students changed their minds about coming to Turkey. In two days, 50-60 people cancelled their programs. We were concerned that these cancellations would continue however they stopped. Both due to government’s efforts  and statements about  July 15th attempt by numerous higher education institutions and organizations, and especially by the Council of Higher Education issued after some time, decreased the number of cancellations to an extent.

How do you maintain the bilateral relations concerning Erasmus you mentioned?

As is the case with our other partners, one-to-one contacts and human relations influence maintaining our relations within Erasmus framework. For example we have a bilateral agreement with a university, and students  of that university come to our country. We have the opportunity to meet them individually. Or we encounter situations as the following: Students sometimes send us documents and sometimes e-mails. We have received many mails as the following: “I would like to come (to Turkey), but my family does not allow.” Or an official from the university says, “Students want to go to Turkey but we can not convince their families.” These issues can be overcome by one-to-one contacts.

I would like to answer this question with a good example. There is a university in Korea we have established a very good relationship with. We send students and vice versa. They had the plan to visit Turkey after July 15th. They sent me a message saying, “People on our team are worried. What do you say? Shall we still come? How is the situation there? Can you go out?” And we immediately returned to our duties after July 15th. It is not easy to convince foreigners in such situations. But we were lucky and we could convince them. We explain them that “We continue our normal lives, there are not any problems.” Then they immediately reply, “So we are visiting,” and they see we are right when they come to Turkey. They say, “We landed, left the airport and are surprised that there are in fact no problems.”  We ask them, “What were you expecting? What do you think is going on in Turkey? ” They say “There were shoot-outs, roads were empty.” They expect to see such scenes in Turkey. They say, “That is what is presented us that, what is seen from the outside.” I think this example tells a lot about how July 15th in Turkey was perceived internationally. The first month after the coup attempt was as difficult for us as it was for the rest of Turkey. But now these cancellations are less. And that our partners are now convinced that life in Turkey continues as usual…

Has any bilateral agreements been cancelled during this difficult period you referred to?

No. One or two universities stated that they are hesitant about sending students. The Erasmus program is a structure that has a certain established system. It is a program funded by the European Union. However, it is possible to say that our relations especially with China, Korea, Kazakhstan and other European countries have improved in the recent period. Mevlana is a very important program for us in this regard.

If we go a little back… How did the November 24th plane crisis with Russia affect Erasmus program of Istanbul university?

Let’s not say there are cancellations however there were some suspensions in some fields. For example, we were conducting K107 project with a Russian university at that time. After the crisis came a request for suspension. But other universities in Russia did not cancel Mevlana program, and there were those who said, “Let’s not accept students for this term.” Today, there are no issues with Russia concerning academic relations.
To draw a conclusion from what you tell us, do you think it is necessary to send messages on international platforms explaining that the daily life and education in Turkey have returned to normal after July 15th?

Yes, we can certainly say that. This was and is carried out by the Council of Higher Education. Other Turkish institutions also make efforts. Because for instance deans and teaching staff have been removed from duty. A need to explain this to the public arose. Following the statements, if the other party also shows good will and listens, there will not be any problems.

In my opinion, there is also a need to emphasize that the coup attempt was staged by a minority within the army. Because the view abroad is that the army is completely against the state. We also need to explain that the public did not support this attempt. Is not it correct?

You are absolutely right. In order to convince the world public, the messages should be clear and coherent. In this sense the SOE ( State of Emergency) in effect, becomes a major leverage for those who want to spread negative opinions about Turkey. For example, me and a colleague from the Faculty of Political Science were going to attend a conference abroad after July 15th. However we were both busy with work and were unable to attend so we sent the doctoral students who we prepared the study with, to attend the conference. People asked a lot of questions as, “Why did your professors not come? They naturally could not leave the country because of SOE.” However the faculty members were free to go abroad at will for academic activities.

We have to explain this to the world because there are faulty perceptions in a way we could not foresee. Expressions such as “Turkish academics can not leave Turkey and go abroad, deans were removed from duty,” are picked out from the big picture. Perhaps we can not comprehend how it is seen from the outside while we live in it. It is important for universities to see from the other side and to determine a strategy accordingly… Let us stress that there are no issues concerning students’ and academics’ arrivals to and departures from Turkey and that is also the case for state officials. Unless there is a particular situation that poses a threat for Turkey.

So do not we actually live in a SOE?

There was a successful topic in .tr magazine July 15th Special Issue. What is SOE and Martial Law? What are their differences and so on? You explained this very clearly. Believe that these are not known in the world. It is not even known in Turkey. In this respect, the words we choose and the language we speak particularly in explaining July 15th is of major importance. In this regard, duty falls not only on the government but on all of us. I believe that if we are determined in our efforts, good days await us in near future.