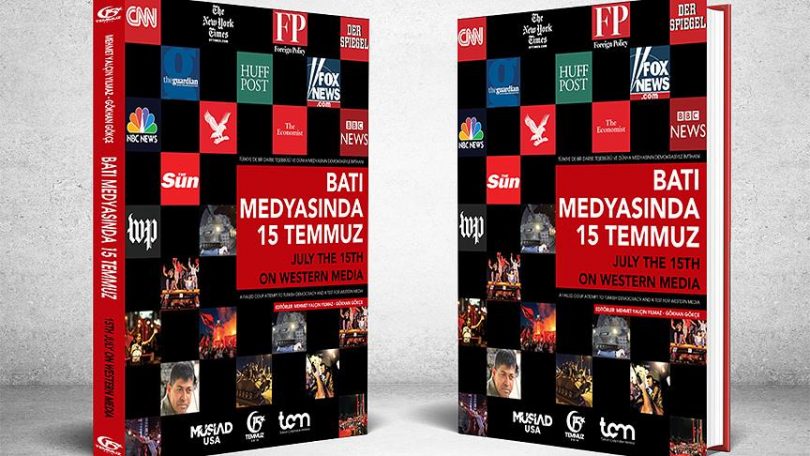 A military coup attempt in Turkey and Western press’ democracy test, was discussed in the released book titled July 15th in the Western Press.

The work with documentary characteristics, reveals the position of the Western media in days which Turkey won a democratic victory by parrying the July 15th Military Coup Attempt. The book released on the first anniversary of July 15th Coup Attempt, depicts the perspective through which the Western press viewed the longest night of Turkey and following events as well as featuring the unedited version of the news pieces and commentaries by international press agencies on that night and following days.

In the book, which also features Turkish translations, the news, articles and editorials published by international media on the failed coup attempt are analysed one by one. The fact that media becomes a means of manipulation through misinformation and biased accounts is recorded in all its reality. The selection that makes up the book which starkly deals with Western media’s reaction to July 15th is comprised of dozens of examples from various media organs and most notable commentaries by journalists.

Mehdi Yalçın Yılmaz and Gökhan Gökçe are the editors of the book and MUSIAD US President Mustafa Tuncer is the editorial director. The book documenting the democracy test of the Western press, consists of 256 pages. The publication sponsored by MUSIAD USA, was prepared to be distributed free of charge to libraries, communication faculties and readers wondering about Turkey’s longest night.