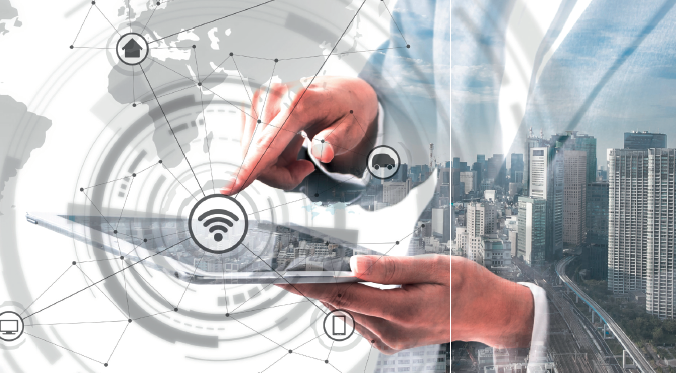 In FinTech, the financial technology ecosystem ââ increasingly referred to in the recent years, Turkey has been challenging the world with its payment solutions for many years and maintains its leadership by far.

In summary, financial technologies can be defined as a solution that shortens the time or increases the quality of processes related to monetary transactions, or introduces an entirely new product or service. İn order to briefly define this, the term FinTech is used that is now a basic concept. We can use FinTek or Fintek as its Turkish equivalent however we will continue to use the globally recognized term FinTech in this article. While the banking system in Turkey made progress since 1960-1970, we can say that a revolutionary step was taken with the regulations and controls the political power made on the banking sector after the local crisis that took place in 2001. With this step, Turkey formed the best financial regulation laws in the world, and the banking sector entered a golden era by realizing that innovation is an inevitable solution in order to maintain profitability under intense regulation and control. Over the past 15 years, FinTech has hosted the world’s most advanced applications in banking system in Turkey, especially in payment solutions. Particularly in modern credit card solutions, the first instalments in the world was launched and the loyalty programs that enable earning points, miles, money in different fields originated in Turkey as well as applications such as instantly generating code when payment is made via POS systems and adding units to phones when this code is sent via SMS. However steps taken in Turkey are not limited to innovative ideas.

Over the past 15 years, FinTech has hosted the world’s most advanced applications in banking system in Turkey, especially in payment solutions.

TURKEY IS A FIRST IN EUROPE

Turkey became the third country in Europe to launch chip & pin application in 2006 and the first country in Europe to offer contactless payment technology in the same year. It is unrivalled in the world with regard to acceptance of these technologies. As of 2017, there are 18.5 million contactless credit cards and 608 thousand contactless payment points in Turkey. Let’s share a different data to better explain the subject. USA partially switched to chip cards used with signature in 2016. Currently, it is possible to pay by phone at contactless POS payment points without a card using various Turkish banks’ mobile applications for Android operating system. While Turkey has taken all these steps, it has emerged as an example in the field of payment technologies whole world points at and emulates.

At this point, General Director of Interbank Card Centre (BKM) Soner Canko explains the following: “Turkey has a strong banking and finance system, especially for over the last 15 years with experience from the past. We have been observing and experienced this system and the competition between our banks guided by it for a long time, before it was termed FinTech. Turkish banks that competed established BKM more than 25 years ago, for their own common interest, is a natural competition where banks act together while they compete.”

Behind Cankos words are world’s first national digital wallet BKM Express developed by BKM and Turkey’s own payment solution TROY. Both of these solu ti on s with high m a teri al and moral value for Turkey, and attract attention from the whole world.

When we look at the global arena, we see that artificial intelligence, robot consultants, branchless banks consisting solely of mobile applications, refrigerators with internet connection which can place orders via web, and crypto currencies such as Bitcoin working on technologies as Blockchain that are not under any central control mechanism, have been developed on FinTech ecosystem.

Turkey is one of the worlds leading countries in FinTech with its experience and the infrastructure developed so far. In order to maintain its advantage, the basic preparations for the next 50-yearly period is complete with the Finance Centre in Istanbul, currently in the final stage. Perhaps the following words by Canko describe the future of Turkey with regard to FinTech, in the most accurate way: “Our ultimate objective is to carry our countrys synergy first as a leader to our region with our growing banking experience, successful initiatives, and organizations formed under competition, and then to set an example for the whole world. This is not just Turkey’s strategy, we should define it as a Turkish strategy the whole world will follow. “