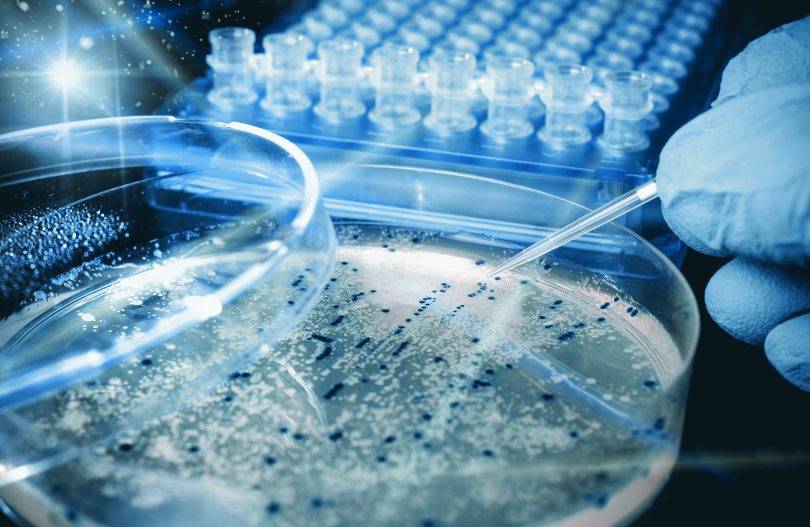 Molecular biology and genetics function as a bridge between scientific studies conducted in the laboratory and applied studies for living things.

When we think of the universe as a whole, living things give life to inanimate nature. Humans, plants, microorganisms, animals and viruses transform nature in a static state, into a dynamic structure. The only way to understand life is to decipher life. It is crucial that DNA, known as the cipher or code of living things, and RNA or protein for some other living things, are correctly analysed and identified. In this context, molecular biology and genetics is an applied science that illuminates the genetic codes that program the formation of all natural living things, analyses the structure and functions of genes, and aims to utilize the codes deciphered in many fields such as health, pharmacy, agriculture, animal husbandry, food, environment and energy. Molecular biology and genetics that rapidly develop with new research and application fields each day, function as a bridge between scientific studies conducted in the laboratory and applied studies for living things.

The fact that molecular biology and genetics programs are focused on research and application, creates various employment opportunities in public and private sectors for graduates of these departments. Graduates can be admitted to graduate programs of universities, or be employed in health, environment, energy and agriculture sectors, in related research-development and implementation centres, genetic diagnosis centres and seed companies. At the end of theoretical and applied studies carried out, all results obtained to contribute to human life, also greatly contribute to bio-economy, which is the entire body of life-oriented economic activities.

Bio-economy is defined as gaining economic benefit by utilizing biology and its fields of application in areas such as health, energy, agriculture and environment. Bio-economy is a field that incorporates different technologies spanning from traditional use of obtained products to modern gene therapy. It is expected that the population that has exceeded seven billion by 2018, will reach nine billion by 2050. This inevitably leads to increased need for water, food and energy.

Long-term national bio-economic policies need to be formed to meet the anticipated consumption of growing future population. Today, particularly the economic activities based on production of biological products with high information content, are called “Knowledge-based Bio-economy”.

The primary objective of bio-economy studies is to produce sustainable and lasting solutions for a healthy and long-lived society with bio-based products and / or solutions. In 2013, US $ 99 billion was generated in the world in the field of bio-economy, and in 2017, this figure exceeded US $ 300 billion. In 2016, 708 companies affiliated to public institutions were established worldwide, and 203 thousand 210 jobs were provided.

Molecular biology and genetics department has become a common ground for different disciplines with the advancing technology in recent years. In addition, molecular biology and genetics recognized as basic science fields for many years, have become applied science fields that offer permanent solutions to regional and global issues in different fields such as water, energy, health, food, agriculture and animal husbandry.

More jobs and employment opportunities are offered in molecular biology and genetics in Turkey as the economic return increases as well as application areas all over the world. The current human resources, research infrastructures, science policies introduced and investments made in Turkey, increasingly attract the attention of not only students but also the public and private sector. Recently, molecular biology and genetics departments have been established, and the number of departments has significantly increased. The students who graduated from these departments, mainly steered towards academic careers in early periods, and for this purpose, they went to different regions of the world, especially to USA and European countries, for their master and doctoral studies. As a matter of fact, it is possible to come across highly accomplished Turkish Genetic Scientists in every state of America and every country of Europe who are spoken of with their achievements.

Scientists who studied abroad on scholarships granted by the Ministry of National Education or the Council of Higher Education, or with funding provided by the country they studied in at the end of their individual efforts, have selflessly returned to Turkey and through circulation of trained academics between Turkey and various countries of the world, there has been a significant increase in human resources in this field. With the increase in human resources, there has been a considerable improvement in Turkey’s molecular biology and genetics research centres, laboratories and research infrastructure which has lead to establishment of institutions that offer undergraduate and graduate studies at international standards. In addition to advancement in academy, molecular biology and genetics have received significant investments also from public and private sectors, thus a private sector in the field has emerged in Turkey as it has in the world. In this respect, companies have been established in technopolises and technoparks, and grants have been provided to undergraduate and graduate students by various institutions and establishments for them to establish start up companies as well as pharmaceutical factories and companies that produce biotechnological products. As a matter of fact, with the decision of the Supreme Council of Science and Technology in 2014, medical biotechnology has become one of the priority R&D fields in Turkey. In addition, significant support has been provided to the field of Life Sciences and Molecular Biology and Genetics within the scope of the 100-2000 YÖK Doctoral Scholarship Program initiated by the Council of Higher Education, which has provided financial funds to 2000 doctoral students in 100 fields, designated as priority fields.

There is a significant number of molecular biologists, genetic scientists and academicians who have received the “Outstanding Young Scientist of the Year” awards and “Incentive Prizes” granted by Turkey Academy of Sciences, and Turkey Scientific and Technological Research Council. In addition, accomplished Turkish genetic scientists who have been awarded with internationally prestigious awards and selected as members, board members and founding members of internationally prestigious academies, have made significant contributions to Turkey’s recognition and prestige in science in the international arena.

Despite all these improvements and potential, this science field still in the process of growing in Turkey, needs some serious support. Improvements such as upgrading research infrastructures and opening these to all potential users, increasing private sector investments, supporting processes in which research-development is transformed into production, and increasing areas of employment for graduates, are vital.

As a matter of fact, molecular biology and genetics are and will continue to be, some of the most important science fields for their contributions to human health and lifespan, environment, energy generation, acquisition of clean water resources, agriculture and animal husbandry, invention of drug, diagnosis, follow-up, prediction and treatment of diseases.