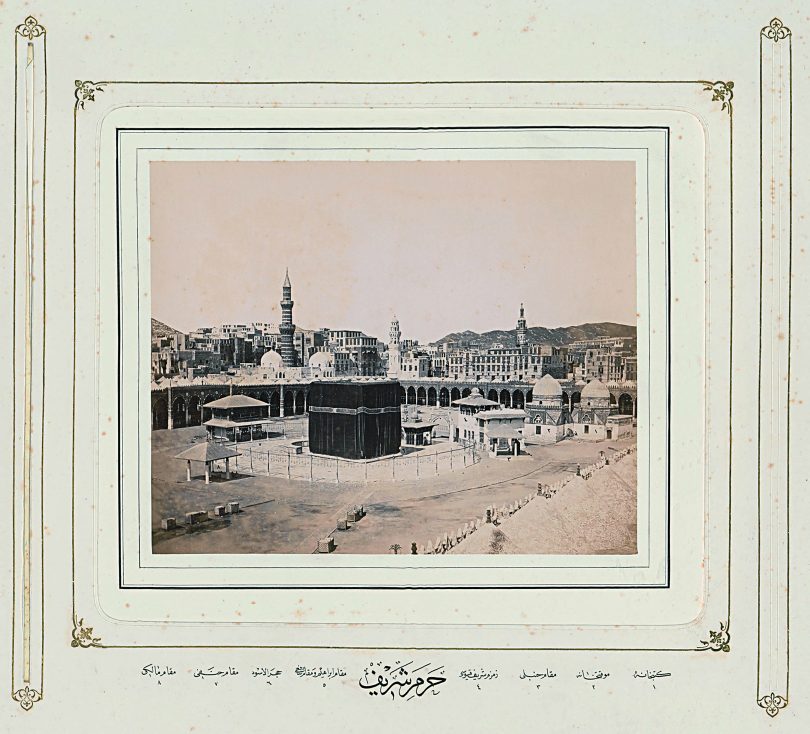 After all preparations were complete for the conquest of Mecca, Islamic army embarked on a campaign to the holy city on January 4th, 630.

The first inhabitants of the holy city of Mecca, home to the first temple on earth built for people, were her holiness Hacer and her son Prophet Ishmael. Later the sons of Prophet Abraham’s uncle, Jurhumis came and settled here. Prophet Abraham and Prophet Ishmael were blessed, and they built the Kaaba here.

The city became more and more prominent each day. Even the Byzantines and Persians heard about the city. The trade here developed so much over time that Mecca was referred to as “the city of merchants”. But all aside, the city was awaiting for the master of the realms. Finally, Prophet Muhammad honoured the world, and presented the last true religion Islam to people first in Mecca. But non-believers persecuted the believers to the point that Prophet Muhammad received a divine order, and Muslims gradually emigrated to Medina.

However, Meccan polytheists continued their hostility even after the migration of Muslims. Initially, they persecuted Muslims oppressing them, using embargo and torture, and later they  began sending troops on Muslims in Medina. But they were defeated and scattered by Muslims in Badr, Uhud, and the Trench, and finally when they realized that they would not be successful, they agreed to make peace with Prophet Muhammad in the sixth year of the Hegira and signed a treaty in Hudaybiyya.

Next to some other clauses, Prophet Muhammad would patronize the Huzaa tribe and polytheists, the Banu Bakr tribe according to this agreement. But peace did not last for long, and after a dispute between the two tribes that were already enemies, a considerable number of people from Huzaa tribe were killed. Upon hearing the news, the Prophet requested from Meccan polytheists to either pay ransom for the Huzaans killed or to give up patronage of Banu Bakr tribe. The agreement would be terminated if they did not accept these requests. When the Meccan polytheists responded with war preparations, the agreement was broken. Peace offerings from the polytheists would not be accepted.

Our Prophet who emigrated from the lands he was born in, saying, “I am going to return, oh Mecca!”, consulted with the elders of his companion on these events, and decided to conquer Mecca. The Islamic army had already begun preparations in great secrecy. All roads leading to Mecca were held, and they kept a sharp lookout. Quraysh polytheists were unaware.

After all preparations were completed, the Islamic army embarked on a campaign to the holy city on January 4th, 630. With those who joined on the way, the number of soldiers in the conquest army reached 10 thousand. Since the target had been kept a secret since the beginning of preparations, our Prophet did not wear an ihram in Zülhuleyfe, the miqat point.

The military headquarters was established in Merru’z-Zahrân valley, very close to Mecca. The Prophet ordered for bonfires in front of every tent at night. Soon when the darkness of the night was lit up with bonfires, the hearts of polytheists quivered with fear, and they were shocked. And for some reason, they chose Abu Sufyan and sent him to military post to find out what was going on. When Abu Sufyan returned to Mecca, he said to the polytheists, “O Quraysh! This is the army of Muslims that has arrived. It is impossible to face them. Whoever takes shelter in the Great Mosque of Mecca or in my home, will be safe. Whoever goes to their house and closes their door, is safe. Whoever puts his weapon down, will be safe. Quraysh! Adopt Islam, reach safety!” These words caused great confusion in the city. Some took shelter in the Great Mosque of Mecca and some in Abu Sufyan’s house. Some took up arms and some laid down arms. Some started preparing for a battle in the place called Handeme near Mecca.

The Islamic army was now making final preparations to march to the city. Finally Prophet Muhammad sent his commanders to Mecca as three separate regiments, cautioning them “not to fight in Quraysh, unless they were attacked”. Khalid bin Walid was in command of Handeme position.

The Islamic army heeded the Prophet’s advice, and proceeded to Mecca as one in reverence and respect without harming anyone. Only his holiness Khalid was forced to stop and fight with the polytheists who had martyred some of his soldiers. No other armed battles took place, and Muslims entered Mecca. It was a Friday ten days before the Feast of Ramadan.

Prophet Muhammad lost no time and went directly to the Masjid al-Haram and the Kaaba. When he saw The House of God, the Prophet said ‘Allahuakbar’ and his companion repeated. Later he turned to the Quraysh waiting there, and asked, “What do you expect me to do, how do you expect me to treat you?” The Quraysh replied, “We expect you to bless us, your Grace”, and then he said, “You can go, all of you are free.”

Mecca completely changed in a day. The Kaaba was purged from the idols.  Meccans appeared before of our Prophet, swearing allegiance to Islam, and became Muslims. In the afternoon, his holiness Bilal climbed over the Kaaba and called for prayer for the first time. Many of those who once tormented Muslims were forgiven by leader of two realms. The large idols of the polytheists as Manat on Mount Mushellel and al-Uzzah and Shiva in Nakhlah were rightfully destroyed.

Prophet Muhammad thanked God Almighty on the day of conquest of Mecca and some in his companion who saw this were concerned, thinking, “Now that our Prophet has reached his homeland, will he ever return to our realm?” When Gabriel informed our master on their concerns, he said to his companion, “I am a servant and messenger of Allah. I have migrated to your lands. I will live and die here with you.” Fifteen days after the conquest of Mecca, and after giving them the good news, our Prophet returned to Medina with his companion.

Following the conquest of Mecca, most of the Quraysh converted to Islam, now famed and cherished all over the world. After this holy conquest which was also the declaration of foundation of the first Islamic state on Arabian peninsula, the Muslims were to make many other conquests.