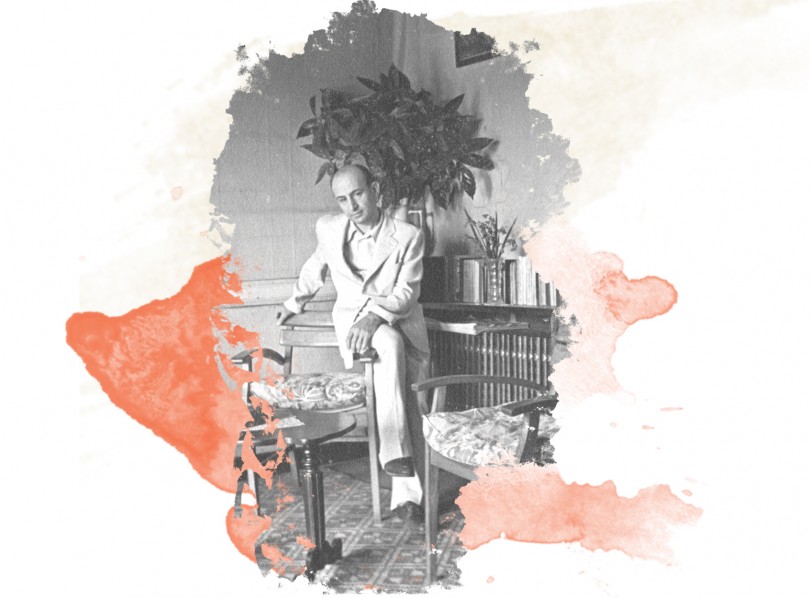 Literary researcher, author and poet Nihad Sâmi Banarlı who said “Our language is the language of an empire. Not all languages are empire languages. Because not all nations are able to establish empires,” was a figure devoted his life to transfer the riches of Turkish language to future generations.

My friend Dr. Sait Başer reminded me of Nihad Sâmi Banarlı because of a piece I had written, which was in fact welltimed. I will speak of some studies we carried out on the subject. A work by Nihad Sâmi is a book that had a major influence on me. If I must reminisce an unforgettable school memory… One day when I was in high school. The school had just been opened that year, and when our high school literature teacher asked “Children, what did you read during the summer vacation?” I raised my hand with excitement and joy and said “I read ‘The Secrets of Turkish’.” And after that first summer, I never put down ‘The Secrets of Turkish’ or stopped talking about it…

THE TASTE OF TURKISH LANGUAGE
I am so glad that Nihad Sâmi Banarlı wrote it and wrote it so well! Unfortunately Turkish deteriorated even further after him. I do not simply refer to using foreign words, arrogance, preciosity or sloppiness. Language also means culture. Just as we taste with our tongues, we get and pass the taste of culture through language. It has become so that the youth will be forced to learn Turkish vocabulary through writing and memorizing as if learning a foreign language. One wishes to say “At least they will learn the words’ meanings even if they will not use them.” I still greatly enjoy reading dictionaries, picking out and learning new vocabulary even at this age. I highly recommend this
to young people.

SO GLAD TO HAVE THEM!..
Owning Turkish, our language and consequently our culture… We just discussed this issue in Ministry of Culture
and Tourism with former President of Yunus Emre Enstitüsü Mr. Prof. Dr. Hayati Develi. We must keep the subject of Turkish on the agenda with Republic of Turkey Prime Ministry Turkish Language Society President Prof. Dr. Mustafa S. Kaçalin. Unfortunately, two prominent esteemed figures are not with us today. I hereby remember Nihad Sâmi Banarlı and Oktay Sinanoğlu with gratitude, and I am so glad they wrote books!

WHO IS NİHAD SÂMİ BANARLI?
Born in Istanbul, Fatih in 1907, Banarlı was the grandson of former Trabzon Deputy Poet Ömer Hilmi and son of
Former Mayor and Poet İlyas Sami and Mrs. Nadire. He graduated from Istanbul University Faculty of Literature in 1929. He taught in various high schools in Edirne between 1929-1934 and in Istanbul until 1947. He worked as a literature teacher in Institute of Education and Higher Teacher Education School between 1947- 1969, and as a Turkish literature history teacher in Higher Islamic Institute. He wrote for “Literary Conversations” column in ‘Hürriyet’ newspaper after 1948. He conducted the publications for Yahya Kemal Institute in 1958. He was elected
as chair of Ministry of National Education 1000 Basic Books and Modern Turkish Writers Commissions. He was known for the literature textbook he authored for high schools and his book titled ‘Illustrated Turkish Literature History’. He passed away in Istanbul in 1974.