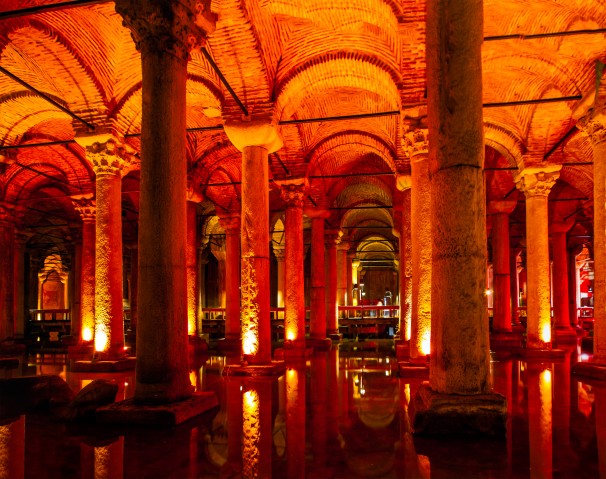 Historic Basilica Cistern in Sultanahmet, one of the three most visited attractions by foreign tourists visiting Istanbul, will go through an extensive restoration for the first time.

The restoration of the Basilica Cistern, built by command of Byzantine Emperor Justinian in 542 AD, will last 450 days and will be completed on March 11th, 2018. The cistern will remain open for visit throughout the restoration period. There are a total of 336 columns, each 9 metres high in the basilica that is 140 metres high, 70 metres wide and can be accessed by a 52-step stone staircase. The required reinforcement for the columns, walls and vaults in the building will be conducted in compliance with the original construction technique. The reinforced concrete columns, constructed in a way that disregards cistern’s spirit, will be removed and changed into their original forms. Entrance and exit sections of the cistern will also be rearranged. Historical monuments around the cistern will be included in the restoration efforts. Among these are the Million Stone dated 4th century,  the starting point of ancient Roman roads which was considered the centre of the world, and the water scale from 16th century.