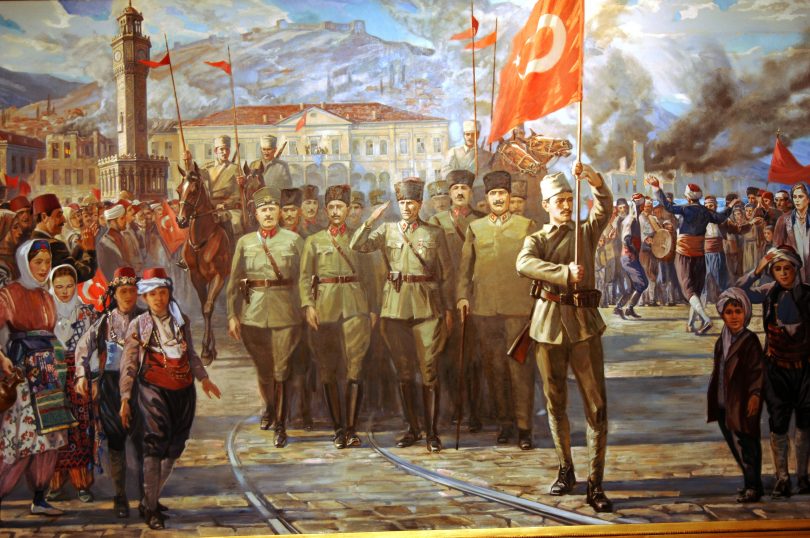 August 30 is the first spark on the road to victory in Turkish history. It was time to expel the enemy, stopped in the Battle of Sakarya, from the homeland, and Mustafa Kemal and his colleagues were mobilized for the offensive.

Mustafa Kemal was to utilize all the military knowledge he had acquired since military high school, and all the experience he had gained during wars, to rescue his entire country. Exhausted due to endless wars, the people of Anatolia handed everything in their possession over to the army upon Mustafa Kemal’s call, from carts to horseshoes and from socks to ox. The first anniversary of the Greek offensive was chosen for the attack. On 26 August 1922, the first move of a critical beginning was made which would lead to the victory won in the War of Independence.

Hâkimiyet-i Milliye newspaper announced on 20 August 1922 that the Chief Pasha was to host a tea banquet at the mansion on 21 August. This was a newspeak. Mustafa Kemal had already left for the battlefront when the newspaper left the publishing house. Gazi (Veteran) Mustafa Kemal met with his brothers in arms before he departed, and said to them, “We will be in Izmir 15 days after the offensive.” Enemy held the strongest position in Afyon. At this critical time Mustafa Kemal Pasha was to act on a principle he had never conceded all his life, and was planing on attacking the enemy where they were the strongest. Upon realizing this, Mustafa Kemal’s mother Zübeyde Hanım sent a telegram filled with emotions when he was en-route to the battlefront: “My son… I waited for you… You did not return! You told me that you were going to a tea banquet. But I know! You went to the battlefront. Know that I am praying for you and all our soldiers. Do not return before winning the war and expelling enemy from the homeland! Your mother.” Gazi was at the headquarters in Afyon Şuhut in early hours of August 26th. They left for Kocatepe accompanied by a cavalry regiment. With this operation carried out in strict confidence, Afyon was surrounded from the south-west, the enemy army was cut off on the road to Izmir, and the Turkish cavalry from the north encircled and destroyed the enemy.

Mustafa Kemal came across this scene when he arrived at the foothills of Kocatepe: A tremendous standing crowd hidden in a great darkness greeted Mustafa Kemal. Kocatepe hills were swarmed with soldiers, and the prayers rising from darkness to the skies, disturbed the silence of the nature. Thousands of troops, cavalry, and artillerymen that had travelled 50 kilometres, were waiting for the Commander-in-Chief’s order to attack. Fevzi Pasha was in his tent. He greeted Mustafa Kemal, who came to visit him, standing. Gazi reached for his chain watch. He checked the time. It was the time. He uttered the following words: “I hope that the victory will be ours! Good luck.”

Dumlupınar woke up in the morning of 26 August with alarming shots by the Turkish artillery. Enemy troops, unaware of the siege operation, attempted to defend their stronghold. Turkish troops arrived in waves and captured the enemy fronts on their way one by one, finally reaching Dumlupınar stronghold. And finally the victory was won. The enemy army divided into three, started fleeing towards Yalova, Bandırma and İzmir. For the enemy troops encircled in Afyon, there was no other way than to surrender or to die. On 1 September, Gazi ordered the following to all military troops: “Your first destination is the Mediterranean! Ahead!” The brave Turkish army on the road to İzmir, arrived in İzmir in a short time thrilled by the victory won. The army was in İzmir 14 days later. 30 August was the day when the suffering nation put an end to a history of defeats that lasted for 200 years. The heroic Turkish army, with victories and a history as old as the history of humanity, saved the country from enemy occupation. This sacred date was again in the month August, and a brilliant victory in Turkish history was marked in August by Mehmetçik (Turkish Soldier) with courage and faith.