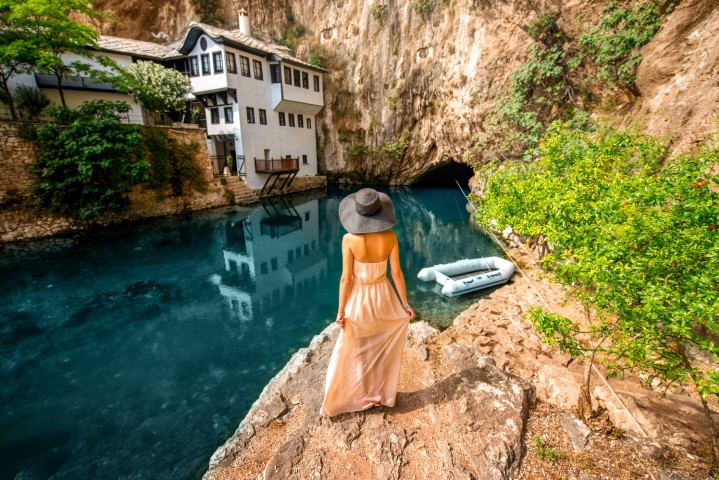 Ottoman Empire, one of the three great empires that ruled the most significant region in the world for more than 600 years was a leading actor in shaping today’s world.

When Ottoman Empire is mentioned, it is thought that it has become history entirely, and is lost without leaving a trace. However Ottoman Empire’s 600 years of rule over vast lands encompassing also the Caucasus, Balkans and Middle East which are currently the most troubled regions, deeply influenced today’s world. Political and religious policies Ottomans pursued, played a major role in shaping the modern world.

When the Ottoman launched conquests in Rumelia in the mid-14th century, the Balkans had already broken up into numerous small states and feudal seigneuries. After the Serbian Empire founded by Dusan started to decline, Hungary on the north and Venice on the west and south exploited the political fragmentation and pursued an expansion policy in the Balkans. The political and military hegemony of these two states also involved Catholicism. Although the Balkan people with Orthodox faith repudiated the rule of these two states, they did not have the political or military means to withstand. It was as if they were destined to adopt Catholicism. Ottoman State hindered the expansion of Venice and Hungary over the Balkans and began to rule the region, and the Orthodox Church survived in the Balkans. Moreover, Ottoman encouraged national churches and this ended Hellenic dominance over Orthodox people. For instance, Sokullu Mehmet Pasha contributed in establishment of the Serbian National Church in the 16th century. When fragmentation in the Balkans ceased to end and the region became a part of a great empire, economic development followed. Numerous cities in Bulgaria, Serbia and Greece grew and prospered after peace was achieved.

Ottoman Empire had a major influence on modern Europe taking shape. Eastern borders were relatively safe in Suleiman the Magnificent period and West became the prime target due to changing conditions in Europe. Habsburg Empire ruled over most of Europe through affinity then. Countries as Italy, Spain, Austria, Germany and Hungary were directly or indirectly affiliated with Habsburg Empire. The only forces that resisted to the Habsburgs were France and England. Ottomans got involved in this race which led to re-establishment of political equilibrium. National monarchies as France, the Netherlands and England got an opportunity to live on when Ottomans clashed with the Habsburgs. As a matter of fact, in 1532 French King Francois shared with the Venetian Envoy that the Ottoman was protecting France from Charles V.
Ottomans supported France against Habsburgs by sending troops, financial aid or through trade relations. In 1533, Suleiman sent the French King 100 thousand golds so he would form an alliance with English and German princes against Charles V. Following the trade privileges given to France in 1569, Ottoman Empire gave capitulations to England in 1580 and Netherlands in 1612 and supported these countries. Venice began ruling the trade in East Mediterranean leaving France and England behind, with the help of the Ottomans. English and Dutch sailed with Ottoman ships, and replaced Venice in trade in Black Sea. Trade in Ottoman lands and in areas of influence strengthened the economies of these countries which led to growth. Both raw material the English and French purchased from the Ottoman Empire and the products they manufactured in their respective countries and sold to Ottoman, played a major role in emergence of Capitalism. Halil İnalcık marks that the Ottoman involuntarily became a part of the European economic system which gave way to the rise of modern capitalism.
ENGLAND TURNED TO OTTOMAN FOR HELP

A relationship was established with one of the furthest European countries, England in the period of Ottoman Sultan Murad III. England was about to be conquered by the Spanish wing of the Habsburgs. Based on the example of France, England had realized that their only option to fight against the Habsburgs was to get help from Ottoman Empire. By getting in contact with Ottoman Empire in Murad III period, they requested assistance to prevent Spanish navy from conquering England. They accomplished this, and England prevented a Spanish conquest with help of Turkish navy.

A few years ago, the prestigious British newspaper ‘The Guardian’ published a news piece on the front page with the title “We must thank not Sir Francis Drake but to Turks for the defeat of Spanish Navy”, and this indicates that English only recently realized what they have gained thanks to the help of the Ottomans 416 years ago.