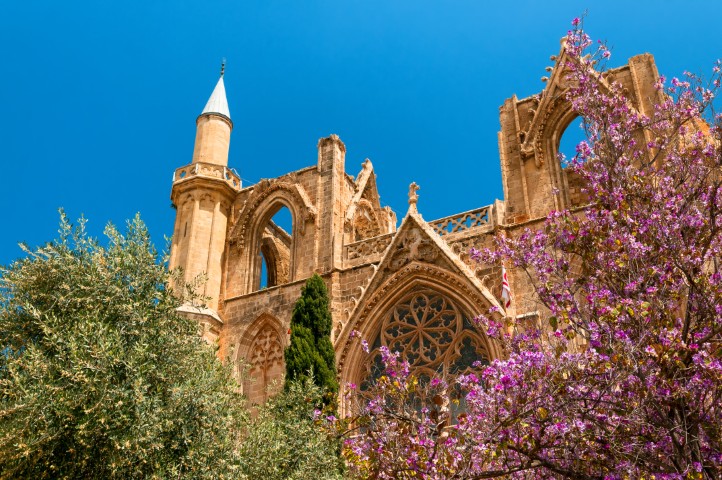 In Battle of Gravelines that took place on 30 July 1588 off Calais shore in northern France, English navy was confronted only by a portion of Spanish navy. The commander of English navy Sir Francis Drake easily defeated Spain. English History Professor Jerry Brotton interpreted the incident as follows: “Ottoman maneuvered and defeated the navy of Spanish King Philip II. From now on, we must include the following to the list of reasons why Spanish navy could not conquer England and finish Protestantism that is the English-Ottoman alliance formed by Queen Elizabeth.”

A HELPING HAND TO THE NETHERLANDS FROM OTTOMAN

The Netherlands appeared on the history stage as a state relatively later. The Dutch rose against the western wing of Habsburgs Spanish Kingdom towards the end of 16th century. Prince of Orange Willian who led the uprising, commanded his forces to retreat from Flanders region when outmaneuvered by the commander of Spanish army Duke of Alba, and fled to Germany.  Planning the battle against the Spanish, he was aware that he needed support. He furthered the relations with notable French Protestants Huguenots and German princes. However none of the principalities he contacted with were strong enough to stop Habsburgs that was one of the two great empires of that period. This is why they appealed to the Ottoman Empire although they had a different religion because the Empire had supported France and England against the Habsburgs before.

The Ottomans could not rapidly respond to Willian’s call. Ottoman state had planned to deal with Spain issue following the conquest of Cyprus in 1570. Grand Vizier Sokullu Mehmet Pasha said in a letter he wrote in early 1574 that they would not be able to lend a hand because they were occupied with 1570 Conquest of Cyprus and 1571 İnebolu Disaster. However in 1574, in the same year, he announced the impending campaign to Tunisia and after that, Ottoman army would help both on land and sea with the Algerians when the Netherlands is fully prepared to rise against Spain. The Netherlands was also advised to communicate with German Protestants, the Lutherans in secrecy and to get mobilized simultaneously with them. However Ottoman could not help the Netherlands in 1574. Nevertheless this joint campaign project against Spain remained in the agenda for a long time.

Although Holland won a victory over Spain and had a large trade potential, it was not recognised as an independent state at the early 17th century. They could not sail with their own flags in the Mediterranean Sea with the highest trade potential. The Dutch made trade in the Mediterranean under French and British flags. Immediately after signing a ceasefire agreement with Spain in 1609, they established contact to be recognised by the Ottoman Sultan and to obtain permission to make trade in the Mediterranean Sea. Young lawyer Cornelis Haga arrived in Istanbul in 1612 as an envoy. Ottoman governance that had supported the campaigns against Catholic Spain in Europe from of old, granted Holland with trade concessions they desired.

Haga who stayed in Istanbul as a permanent envoy for many years, rapidly improved the relations between the two countries. Holland was recognised by the Ottoman Empire as an independent state. Venetian Ambassador who wished to hinder the improvement, mentioned in a note he handed to the Grand Vizier that Holland was not a state but a group of rebels who revolted against their King. Despite this, Holland was granted with capitulations and trade concessions. This way Dutch ships who had previously sailed under French and British flags made free trade in the Mediterranean. Right after they were granted capitulations, they established a consulate network in the Mediterranean. They opened consulates on the Ottoman lands as Aleppo, Alexandria, Cyprus, Mora, Lepanto, and Euboea and in Venice, Genoa, Livorno and Sicily. Holland turned into a recognised state from a group of rebels.

PROTESTANISM REVIVED WITH THE OTTOMAN

Again in this period, the reform movements that emerged in Europe prospered against the extreme Catholic state Habsburg thanks to Ottoman’s military crackdown on Charles V. Grand Vizier of Suleiman the Magnificent, Ibrahim Pasha of Parga, uttered the following words to Austrian envoys in 1533 that both demonstrate how Ottoman governance closely followed Luther and his followers and self-confidence of the Ottoman : “Kaiser does not have power and prestige even in his own country. Could he even gather up a consul? I can very well compel the Christian rulers to congregate. I can do it this moment if I wished. Christians cannot allege excuses as gout, headache or something else to absent themselves. I put Luther on one side and Pope on the other and compel both of them for this consul.”

As Ottomans wore the German wing of Habsburg, Protestantism spread across Germany.

The painting by famous Italian artist Filippo Marsigli dated 1836-39, depicts the Ottomans who fought in the Balkans.
SCHÖNBRUNN PALACE

Summer palace of House of Habsburg in Vienna.

There are panels that depict Ottomans at the famous San Marco Square in Venice.