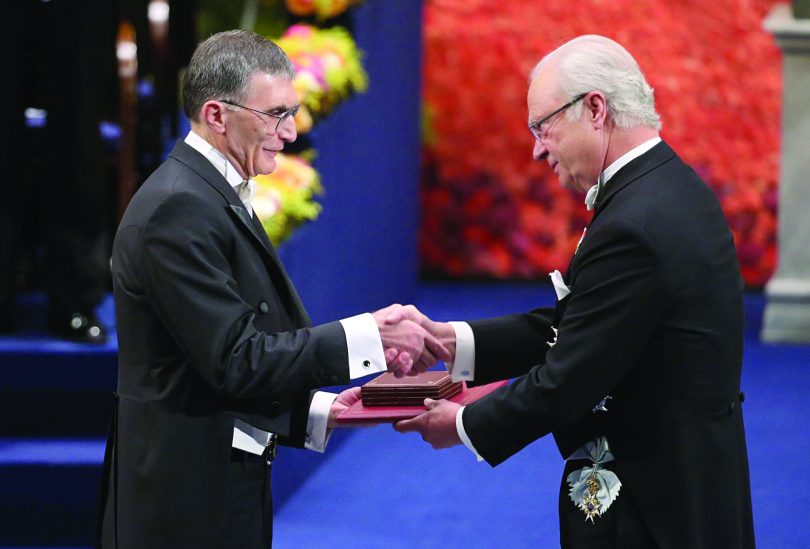 Prof. Dr. Aziz Sancar who won Nobel Prize for Chemistry in 2015, has significant achievements with his research and discoveries.

2015 Nobel Prize for Chemistry was awarded to Prof. Dr. Aziz Sancar, born in 1946 in Mardin. He completed his primary, secondary and high school education in Mardin. He graduated from Istanbul University Faculty of Medicine at the top of his class. Later he studied Molecular Biology for his PhD at the University of Texas in USA. He completed his thesis for associate professorship on DNA repair in Yale University, and later he focused on this field. On the other hand, he worked on cancer treatment and biological clock. He also worked on photolyase enzyme, nucleotide cutting repair, and cell sequencing.

Sancar drew and developed a map of genome repairs he referred to as “My Piri Reis Map”. Focusing on DNA repair throughout his science life, Sancar developed the MaxiCell technique when he was still a doctoral student. He named the enzyme activity he discovered while employing this technique “excinuclease / excision nuclease”. The enzyme terms were also included in the Oxford Biochemistry and Molecular Biology Dictionary.

He was accepted to American National Academy of Sciences with his studies abroad, and became one of the three Turks accepted to this academy.

With his research that mapped how cells repair the damaged DNA, and preserve the genetic data, he won the Nobel Prize in Chemistry in 2015. Sancar who received the Nobel Prize from the hands of King of Sweden Carl XVI Gustaf, stated the following: “I have received this prize thanks to the education reforms presented by Atatürk and Turkish Republic. So this prize goes to Atatürk and Anıtkabir Museum that represents the Republic of Turkey.” Soon after this statement, he delivered the Nobel Prize he won, to Anıtkabir. Today the prize is displayed at Atatürk and Battle of Independence Museum. Sancar was previously deemed worthy of a number of awards, including USA National Science Foundation Young Researcher Award, American Photo-biology Association Award, TUBITAK Science Prize, USA Academy of Science and Social Sciences Award.

Sancar currently teaches in Biochemistry and Biophysics Department of University of North Carolina at Chapel Hill in USA.